Isley A Free Man, Keen To Show Off Gospel Skills 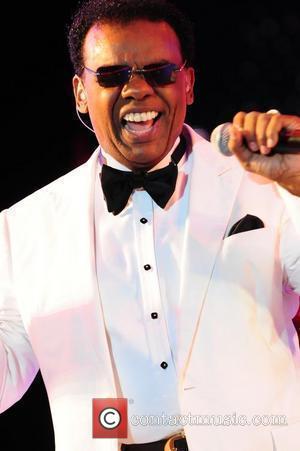 Picture: Ron Isley performs at the 6th Annual Jazz In The Gardens at the Sun Life Stadium Miami, Florida - 20.03.11

R&B veteran RON ISLEY has been released from jail after serving three years for tax evasion - and he's already making big comeback album plans.
The Isley Brothers star was sentenced to jail in September, 2006 after he was found guilty of evading federal income tax payments of over $3 million (GBP1.87 million) between 1997 and 2002.
He appealed the decision on health grounds but lost, and started his sentence in Indiana in 2007.
Isley admits he is "overjoyed" to be back home and can't wait to hit the studio with ideas he's been dreaming up behind bars.
They include a gospel album, inspired by performances he gave fellow inmates and work he did in the prison chapel.
He tells Los Angeles DJ Steve Harvey, "(I was) talking to young people and crying with them and people that were gonna be in there some years and that part really hurts. They (inmates) looked up to me
"I was working at the chapel and I did gospel shows every week and that kept me up."
Isley is also working on a new album for record label Def Jam, and he promises it will be a star-studded affair.
He explains, "Some of the people that I'm working with on this album will be Lauryn Hill, T.I., Rick Ross and Burt Bacharach."
Isley's last album, Here I Am, was a collaborative effort with songwriter Bacharach.
The R&B icon will make his return to the stage on 8 May (10) when he performs in Atlantic City, New Jersey.