J. J. Abrams admits fans didn't initially understand the 'Star Trek Into Darkness' title and were left confused as to what it meant. 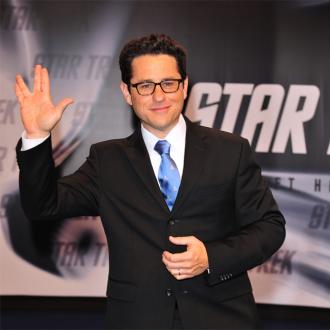 The director of the greatly anticipated sci-fi film - starring Chris Pine, Zoe Saldana and Benedict Cumberbatch among others - remembers how confused 'trekkies' were when they first heard the name of the movie, dubbing it ''stupid''.

He recalled: ''[The title is] odd. ''But my favourite thing about it was the first week it was out there, the fans were going, 'Star Trek Into What? I don't understand it. It's stupid'.''

However, Abrams is adamant his final decision was ''appropriate'' for the film as he believes it reflects the overall feel of the feature, as well as leaving room for ambiguity.

He added to Total Film magazine: ''It definitely feels like the title's appropriate. This is a story about these characters being challenged and tested and taken to a place that's about sacrifice and life and death ...

''I remember there was a movie, 'An Innocent Man', and I was like, doesn't that kinda ruin everything?!?''

Producer Damon Lindelof previously revealed the sequel to the 2009 reboot will see the crew of the space ship become a ''family'' in order to defend themselves from Cumberbatch's villainous character John Harrison.

He explained: ''If the first movie was about meeting and introductions, this movie is about becoming a family.

''The title of the movie is not just about the mission that the Enterprise is going on but what happens when you get to know each other a little better and the hurdles you must jump over in order to truly become family.''

'Star Trek Into Darkness' is in cinemas on May 9.