Hollywood director Jon Watts is in talks to direct a sequel to 'Spider-Man: Homecoming'. 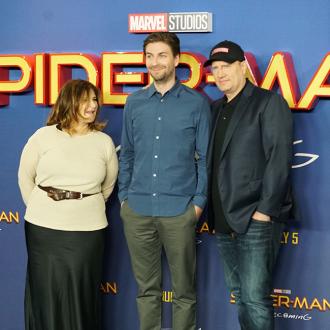 'Spider-Man: Homecoming' director Jon Watts is in talks to helm a sequel.

The 36-year-old movie-maker is reportedly in discussions about directing the next film in the series, which has Tom Holland playing the central role of Peter Parker.

Jon's coming-of-age teen story focused on the high-school life of a young Spider-Man and has seemingly been well received by Sony and Marvel, who have opened talks about a sequel, according to The Hollywood Reporter.

The film has already earned more than $468.3 million at the box office worldwide and also stars the likes of Michael Keaton, Zendaya and Robert Downey Jr.

The report comes shortly after Jon hinted that the 'Spider-Man: Homecoming' sequel could feature the superhero's 'spider-sense'.

One of the webslinger's key superpowers is his 'spider-sense', which allows him super-reflexes and to anticipate attacks, and in 'Spider-Man: Homecoming', this special ability was absent.

But Jon said: ''The idea was, again, just you want to make this movie be less about things you've already seen before, and you've definitely already seen a spider sense sequence done extremely well in Marc Webb's and Sam Raimi's movies.