JWoww worried about One Life To Live role

'Jersey Shore' star Jenni 'JWoww' Farley was initially worried about taking on a role in revamped soap 'One Life To Life' as she thought it could be terrible. 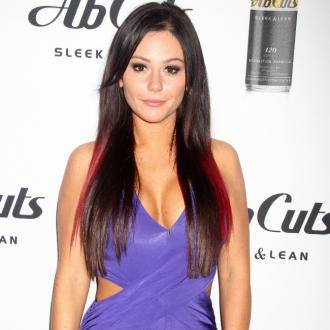 JWoww was worried 'One Life To Live' would be awful.

The 'Jersey Shore' star has landed a role in production company Prospect Park's revival of the legendary soap and while she is now thrilled with how it has turned out, she was initially terrified it would be embarrassing.

JWoww - whose real name is Jenni Farley - said: ''I originally found it pretty hysterical and I was like, 'Oh my god, it would be awful. But now I'm madly in love with it. I'm totally obsessed. I want to live, die, get killed, come back as my evil sister.

JWoww, 27, has her sights set on an acting career and thinks compares working on a soap to a ''crash course'' in acting.

She explained to E! News: ''I think the best way to learn is being on like a soap opera. It's like a crash course. They do an episode a day. It's just like they're on it and I'm dealing with actors and actresses that have been around for 20, 30 years that just give me great pointers. It's like going to school. I find it amazing.''