Kendall and Kylie Jenner create their own mobile game

Reality TV stars Kendall and Kylie Jenner have revealed that they are working on their own mobile game. 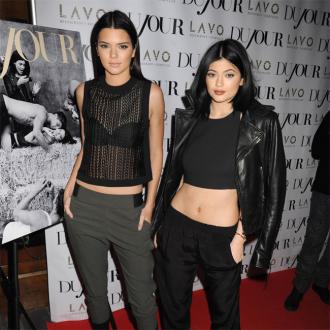 Kendall and Kylie Jenner are working on their own mobile game.

The reality TV stars, who are aged 19 and 17 respectively, have opted to take a lead from their older half-sibling Kim Kardashian West, who has already developed her own game.

Kendall announced the news on her Instagram account, writing: ''We couldn't wait to tell you any longer! Excited to announce that we are working on our own mobile game! #KendallKylieGame #staytuned (sic)''

Kim, 34, launched her own game for mobile phones, 'Kim Kardashian: Hollywood', last year, allowing members of the public to pretend to be a rising celebrity pal of the reality TV beauty.

Kendall and Kylie were recently added to Kim's game, which has already been downloaded more than 23 million times.

Kris Jenner - the matriarch of the Kardashian family - revealed the news on Twitter, writing: ''It's a family affair! Girls rule! Welcome @KendallJenner & @KylieJenner to #KimKardashianHollywood!!! (sic)''

Kim, by contrast, is still to comment on the announcement after it was recently claimed she and Kylie are ''competitive''.

An insider previously shared: ''If Kylie feels competitive with anyone it's Kim. She feels they have similar body types and looks. Kim is doing modelling, fashion, television and much more which is exactly what Kylie wants. She doesn't want to be put in a box and only do one thing.

''She wants to be like Kim, but even bigger and more diverse - getting into music and producing as well.''