Leandro Penna has been arrested following an alleged fight with another man at his home in the early hours of this morning. 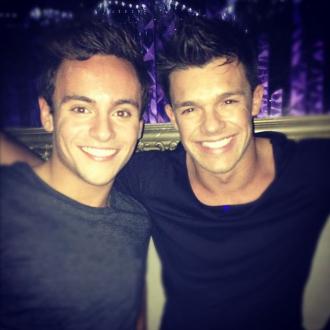 Leandro Penna has been arrested following an alleged fight with another man at his home.

The Argentine model - ex-boyfriend of Katie Price - was taken into custody this morning (17.12.12) following the incident, which is thought to have took place in the early hours of this morning after he asked some guests to leave his house.

A spokesperson for Leandro said: ''We can confirm that Leandro Penna was arrested in the early hours of this morning near his central London home. Leo was detained following an apparent altercation with another male at his London home.

''It is our limited understanding that following a gathering at Leandro's home, guests were asked to leave at around 5am, it is then the alleged incident is said to have taken place.''

Leandro was seen last night at Will.i.am's foto-sosho launch party,where he was pictured partying alongside 'The Only Way is Essex's Lauren Pope, 'I'm A Celebrity...Get Me Out Of Here' star David Haye and Olympic diver Tom Daley, whom he is reported to have signed up to star alongside in celebrity diving show, 'Splash'.

Katie was quick to Tweet about the alleged incident, writing: ''Just had a phone call...someones been arrested at last his true colours are being shown (sic).''