Lena Hessels knew she wanted to be a popstar from the age of eight, now she's starting to live the dream

Hot on the heals of her latest single release - 'my baby's belly', wannabe international popstar Lena Hessels had a chat with Contact Music about her dreams, her aspirations and her vision for the future. 'my baby's belly', Lena's lead single from her forthcoming second EP is her "first intentional love song" and she says that she "wanted the song to reflect that. Warm, intimate and bright early mornings were the themes I had in mind". It's the Dutch artists third release of the year, following on from 'crown' in January and her debut EP, 'if not now', released in February. Hessels has at least one more EP planned for later this year, as well as a lot more live shows. Ahead of a busy summer, Lena took some time out to share her thoughts. 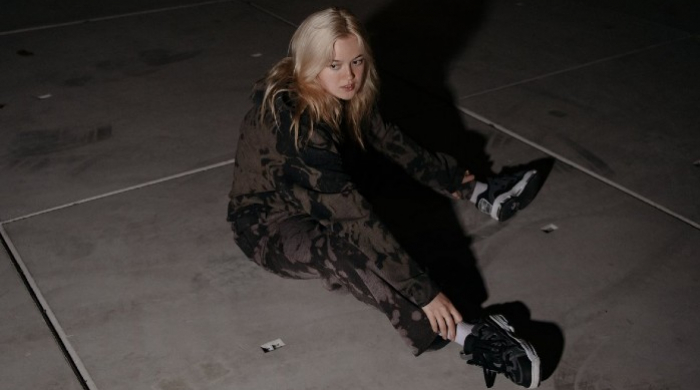 Well, I have a big love for pop music. But I also like to experiment with different textures and atmospheres for the songs. For example ‘my baby’s belly’ for me really feels like a nice clean bed with crispy sheets on a spring morning, but my song ‘mare’ on the other hand feels more like a feverish dream.

People like Kanye, Sevdaliza, FKA Twigs but also Taylor Swift really inspire me. So I like to say that my sound can be described best as abstract pop.

When I started the main feedback I got from people in the industry was to take my time. Which is good advice but I found it very hard to hear, all I wanted, and still want, is to get out there have my music heard and play shows.

But to take your time as an artist is so important, I realize that now. I need to fully back my own music. I need to feel like it’s good now, in 6 months, in 10 years, always. And if you have a bit of time to sit with a song and work on it, you know why you’ve made it and hopefully for that reason I can still love a song way after I release it.

Another thing, which is important in every industry I think, is connections. How do I find people within the industry who could love my music? No idea. I do my best but it is difficult. And you do really need em.

It’s hard to find the people who connect with my music. And I need people who love my music, because without them I can’t play shows or sustain being an artist. And that is the most important thing to me: playing shows and making music.

But how to find them is still a hard concept for me. Like there is no dating app for music. And to reach people online you almost have to be an influencer. Which is fine! But it is a completely different thing than making songs.

This is gonna sound a little cocky but I know I’m gonna make a name for myself. Hell, I want to be Holland’s biggest international popstar. But I need my fans, so I’ll figure it out :)

For some people the person and the artist are two different things, but for me it’s very close to each other. So if I don’t have creative control of what comes out of ‘Lena Hessels the artist’ then that doesn’t correlate with ‘Lena Hessels the person’ and if that is the case that doesn’t feel genuine to me. And that would almost feel unfair to myself and my fans. Honestly it would just be so weird to me.

Some artists don’t have complete creative control over their art, and if you chose that as an artist that is fine. That doesn’t make you less of an artist, it’s just a different approach. 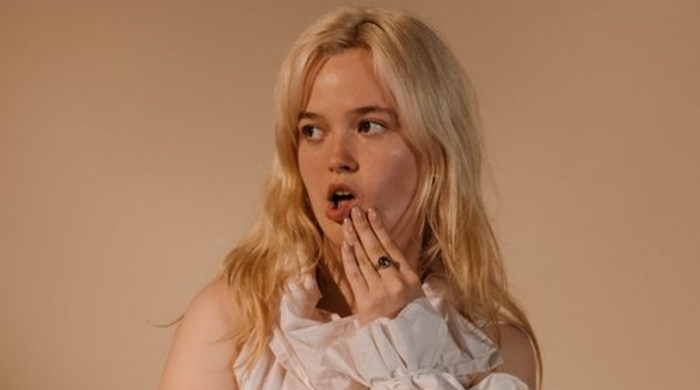 Right now, ROSALIA is one of my biggest inspirations. Her production, visuals and just her whole artistry is soooo good. And her latest album really speaks to me, it’s about womanhood and growing into a woman but completely in her raw and honest way. I just really connect to it. Like I am 21, what the f**k does it mean to be a woman.

I have periods where I just suck up everything that speaks to me. And then slowly I become more full of inspiration and all the ideas start bubbling up. After that a period of very concentrated, a lot of the time pretty isolated, creating comes. I love it.

Jack Antonoff. I think he is such an amazing producer and artist. He’s just so talented. I feel like he really understands the artists he works with, and adds on to that beautifully. Every project feels so genuine and strong. Like with Taylor, Lana, Lorde and Kevin Abstract.

I am so curious how he works, only that alone would already be so interesting to experience. And also he seems like he’s a really nice person.

When I was 8 I recorded my first song, called ‘dubbel drop’ (double Liquorice). In the Netherlands it is tradition to pass out treats to your classmates on your birthday. So when I turned 9 I burned 30 CD’s with the song on them, hand decorated them all and gave them out to my class. A good example of how early I knew what I wanted to do with my life.

I could say I want to sell out a stadium tour and play Coachella in 2024. Is that feasible? I don’t know. It’s not going to stop me from working towards it tho.

Right now my biggest goal is to tour a lot and make the best music I can make. I think I’m doing good, I’m releasing a lot more music this year, playing my first shows and this Friday i'm playing my first ever headline show here in Amsterdam!

And I also hope that I feel more secure and successful in my career than I do right now, I hope to let go of the fear of failure.

In total I’ll be releasing three EP’s this year. So keep an eye out for that. I can’t wait :) I’ll be playing more shows. I’ll probably be a happy bouncing ball for the next couple of months.