Having recently released their latest single, A Savage Goo, folktronica quartet Let's Set Sail are now preparing for the release of their second five track EP, Enzo. Let's Set Sail said that - "with A Savage Goo we wanted to let the main vocal shine. Harmonically it’s pretty simple, but as more elements are introduced the song builds to a satisfying climax. The lyrics are again very literal and narrative. The song sets the scene of some morning tippling in Amsterdam. The context is light and comical at first, but an unexpected phone call brings a sense of gravitas and mortality to the situation." The single is the band's second this year, following the release of Toledo in August, and both tracks will feature on the location themed EP which is set to land on October 1st. Before the EP drops and before the band play some live shows, or start thinking about next year's intended album, Contact Music caught up with them to find out a little more about them. 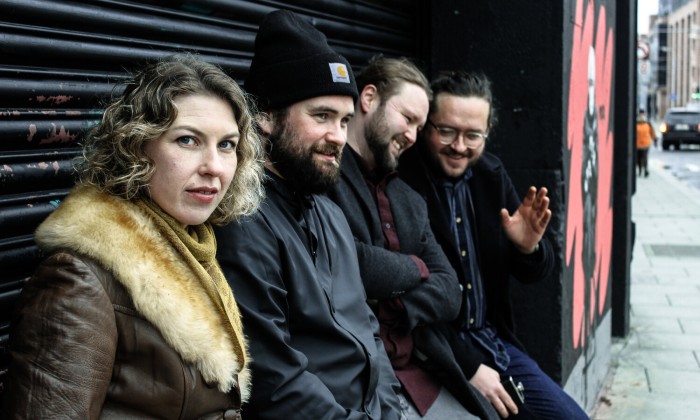 Our sound combines electronic music and folk song styles. It's not an unheard of mix of genres, but our songs are quite unique. They are big but delicate, emotional but humorous, intense but soothing.

The biggest challenges are the tasks that need to be done beyond actually creating and performing music. Promotion, PR, bookings, social media, etc. We are not the most comfortable when it comes to selling ourselves. We just want to make meaningful music.

Very. But if just one person has a connection with a song of ours then it is worth it.

It's important for us to only release music that we stand by, but we're always happy to hear the opinions of our producer/engineer/collaborators.

Our lyrics are heavily influenced by life experiences whether they are common and seemingly mundane, or more elaborate and profound. Our musical inspirations come from various genres and sources.

Tiësto, because he is a hero of ours.

One of us has 11 toes, but we’ll never tell you which one.

Next big one is to release an album.

In a practice space working on new songs for an album after a nice feed of gigs.

The release of our new 5-track EP, Enzo, on 1 October and some live shows as things become more normal.