Lostprophets have announced to their fans that they have split up due to lead singer Ian Watkins facing his upcoming child sex trail. 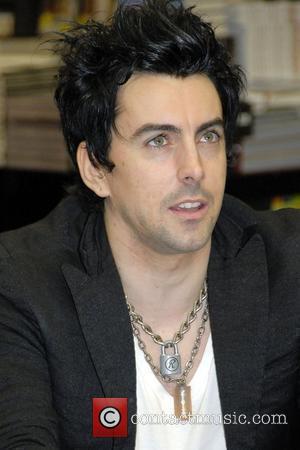 The Welsh rock band, Lostprophets, have announced that they are splitting up as singer Ian Watkins faces his child sex trial.

Posting on their Facebook page, the band issued a statement saying they could not continue making music under the name Lostprophets.

Watkins faces 24 counts of sexual offences when he goes to trial sometime in November.

The Welsh frontman appeared at Cardiff Crown Court via video link from prison this past June (2013) for a plea hearing where he denied all charges against him which include aiding and abetting the sexual assault of another child, who was aged under 18 months at the time and conspiracy to engage in sexual activity with a female under 13.

This past August it was revealed the 'Rooftops' hitmaker is reportedly on suicide watch in prison, and is checked five times an hour. Sally O'Neill, who is the defence barrister for Watkins, said at a pre-trial review that ''He has been seen by a clinical psychologist and she believes he should be receiving anti-psychotic medication".

She added, ''She wants him to be taken to a secure hospital for assessment and treatment.''

The British band formed back in 1997 and played at the Reading and Leeds Festivals, made numerous television appearances and finally got their break from the 2004 album 'Start Something' which included hit such as 'Rooftops', 'Last Train Home' and 'Shinobi vs Dragon Ninja'.

After nearly a year of coming to terms with our heartache, we finally feel ready to announce publicly what we have thought privately for some time. We can no longer continue making or performing music as Lostprophets. Your love and support over the past 15 years has been tremendous, and we'll be forever grateful for all you've given us. As we look forward to the next phase of our lives, we can only hope to be surrounded by people as devoted and inspiring as you guys have been.