LUIANNA, an "absolutely oustanding...new talent", shares her thoughts ahead of her forthcoming EP

Just ahead of the imminent release of her debut EP - Skiá, London born, Bristol and Berlin based singer-songwriter LUIANNA, says she'd like to collaborate with Billie Eilish and her "genius" brother Finneas and would, ideally, like to be interviewed by Zane Lowe! Jasmine Luianna Emslie, aka LUIANNA, is all set to release her debut EP on 29th April having already shared - Lying To Me, Sick In The Head and her latest single - Witch. The synth soaked new track, with a brooding bass line, "is a subtle homage to women from the past who were burnt at the steak for their unique and ‘magical’ differences". The deftly arranged composition sits LUIANNA's angelic vocal across the top of the gently warped beats as both combine to deliver up a compelling, crisp sound that BBC Introducing's Adam Walton described as "the dawning of a new talent" and "absolutely outstanding". We caught up with LUIANNA to hear all about her music and her future plans. 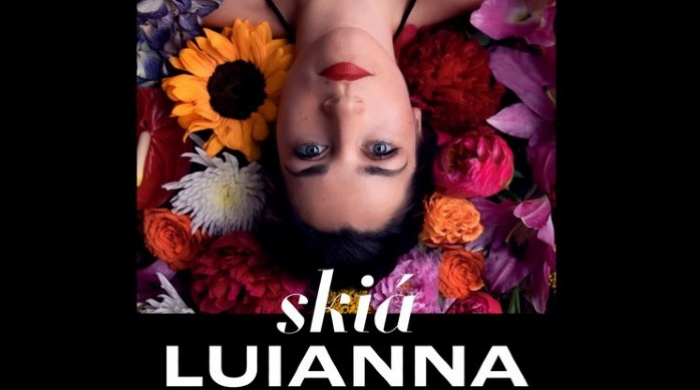 My sound is a mix of alt Pop with hip hop/ Drum and bass inspired beats. But it gets dark and twisted at times. The vocals are gentile in tone, but the lyrics weave a very different story.

I guess social media has been the hardest. It can be of course an amazing tool to self promote, but I find it distracting and so far removed from me as a musician. I’ve put some energy into it, but I can’t keep up, and don’t see the benefits for me personally for me posting every day and making content. It’s just been a big distraction and a bit of a barrier for me. If I had the money, I’d get a wiz kid to do it for me : ) I’m not that kid!

I find this a hard question to answer… For me personally I've not managed to do that in any way so I don’t feel like I can answer it. But the advice that I keep hearing is to put your all in and never give up, so I just try and do that to my best ability every day. Some days flow better than others.

It’s so important. It wasn’t always that way, I had a lot of fun in different bands and singing different styles, singing on other peoples tracks. I did find a great drummer and producer in Berlin who I was working with and musically we where a great match, but he was busy, and also a party boy, so I found myself waiting around (for a couple of years : /) till I realised it was time to do things my way, and rely on myself. It’s so hard to find great collaborations in music, and I was not ready to wait any longer to write and release.

That's when I went full steam ahead, at that point I could just play acoustic guitar and sing, first I bought a synth so I could write simple bass lines, on the synth I realised pretty quickly that I could learn some simple chords and use the synth as a piano, and song writing aid, that was a game changer. I shortly after bough a vocal looper and then a drum machine… That's when Luianna was really born. I never thought or desired to be a one woman show, but suddenly I had all creative control and I love it. When my songs are finished and I know what I want, I'm confident to bring in other instrumentalists to do there thing, but I still have a clear vision of how the tracks gonna sound.

Making this E.P I took my tracks to a friend Ned (legend) who helped me over the space of a year to make beautiful and interesting transitions and I loved being open to working with someone on that stuff. This E.P would not exist without him, emotional support and encouragement and he just made the songs alive somehow, where they where a bit flat with my basic skills. My life, my ups and down. I only write lyrics when I'm feeling something really intensely so they are all as raw as it gets for me, and I'm happy to share that, although it can be frustrating when I'm feeling fine, or OK : ) it’s hard to write then.

The music is influenced by a lifetime of listening to an insane mixture of music from Nirvana to the Fugees, loads of cheesy pop : ), Joni Mitchel, H.E.R, old and new hip hop, raving to drum and bass and listening to every female singer I could on repeat.

I’d collaborate with Finneas the producer and brother or Billie Eilish. He’s a genius and seems to be a person I’d click with musically and emotionally. Those two… Epic

My front tooth is fake, I can look pretty angelic on a good day/ at a good angle ; ) But when (and it does) that tooth falls out time to time, I look like a Witch : )

I want to be interviewed by Zane Lowe! : ) and I want the chance to curate a big show to thousands of people where I can be up front and just focus on singing and performing with s**t hot musicians playing the tracks : )

In a cabin in the forest, next to a lake, making music, fire going, making a living doing what I love