Matty Healy: Musicians shouldn't have to 'stay in their lane' 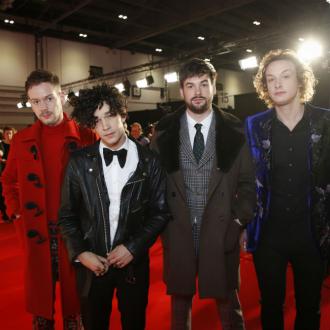 And the 27-year-old singer went on to praise David Bowie for changing how sexuality is spoken about in public.

Matty said: ''Bowie changed the way we talk about sexuality in public, that's something I'll always remember because that obviously has transcended and informed so much of culture.''

Whilst his bandmate George added to BBC Newsbeat: ''Those artists were about so much more about breaking taboos than they were about being musicians.''

He said: ''My parents did make following a creative pursuit seem like a viable life choice, but 'Coronation Street' doesn't buy you currency in rock 'n' roll. It's a curse, actually.

''When people say my parents bought my connections I think: 'Yeah, the best person to get you a record deal is Curly Watts. Mention Gail Tilsley to Universal Records and you've got a number one album in America.''