Mel C picked up her Tesco's Celebrity Mum of the Year Award gong on Sunday (03.02.13) and confessed being a mother is the hardest job in the world. 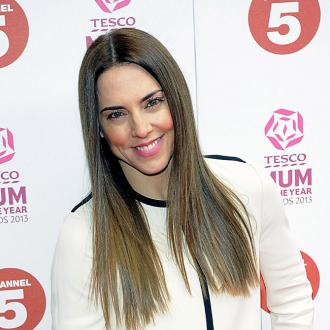 Mel C has been named Mum of the Year.

The former Spice Girl picked up Tesco's Celebrity Mum of the Year Award accompanied by her own mother, Joan O'Neill at the awards ceremony at The Savoy Hotel in London on Sunday (03.02.13).

The 39-year-old star - who raises four-year-old daughter Scarlet - was ''really chuffed'' to be awarded the prize alongside five other inspirational women, but admitted she sometimes struggles to successful balance her work life with her parental responsibilities.

She stated: ''Going to work sometimes is like a little bit of a break. Nothing is as hard as entertaining children all day long and taking care of them.

''It brings a whole new set of problems with the jigsaw puzzle of childcare and the guilt you feel from being away.

''So that's interesting and it's something you're constantly working on, getting the balance right.''

Michelle Heaton, Louis Smith and Denise Van Outen joined Mel at the star-studded event, with Michelle and Louis proudly linking arms with their own mothers on the red carpet.

'The Only Way Is Essex's loveable matriarchs Carol Wright and Nanny Pat were also in attendance and were joined by fan favourite co-star Debbie Douglas, who posed with her daughter Lydia Bright.