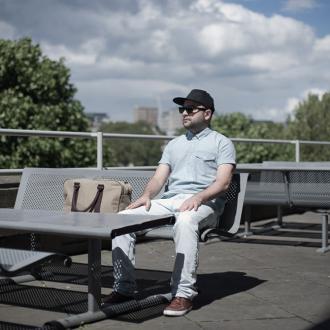 The Turkish dance musician's track was announced as the one which was clicked on to reach the landmark figure, almost ten years after iTunes was set up in April 2003.

Music fan Phillip Lüpke from Germany won a €10,000 iTunes Gift Card for being the lucky purchaser of the song.

Chase, who lives in London, said: ''I'm going to go and play the lottery this weekend as I'm feeling very lucky! What an incredible surprise and an honour that 'Monkey Drums' was the 25 billionth download!''

According to data from Apple, which operates iTunes, over 15,000 songs are downloaded from the music store every minute, and it has been hailed as innovative as it makes artists' music available in places it may not have been able to get hold of otherwise.

Wesley Schultz, frontman from rising stars The Lumineers, said: ''iTunes doesn't exclude any musicians simply because they're not yet established or popular.

''Whether you're unsigned, indie, major, whatever--it's the place most people go to buy digital music.''

Apple's senior vice president of Internet Software and Services, Eddy Cue, added: ''The iTunes Store connects music fans with their favourite artists, including global sensations like Adele and Coldplay and new artists like The Lumineers, on a scale we never imagined possible.''

''We are grateful to our users whose passion for music over the past 10 years has made iTunes the number one music retailer in the world.''