Movie Reviews Man On A Ledge 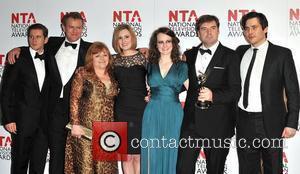 Virtually all the critics are avoiding using the term "gripping" to describe Man on a Ledge , the drama starring Sam Worthington in which for most of the film he is seen perched on a 14-inch ledge on the 21st floor of the Roosevelt Hotel in New York. The reason, it would seem, has less to do with the tension -- and acrophobia -- inherent in watching a man on literally The Edge of death with nothing substantial to hold on to, but with the fact that most of the critics have had a problem getting a handle on the story. Betsy Sharkey of the Los Angeles Times is one critic who does use the word "gripping" in her review -- as in "[I] was gripping anything in reach, palms dripping, thinking I might not have survived the effects had they been 3D." However, she adds, it would have helped had The Script been as effective as the effects." Director Asger Leth, she writes, "does well in taking us to dizzying heights. If only he had found a way to ground that thrill in some real pathos as well." Roger Ebert in the Chicago Sun-Times reacted similarly. "I feel toyed with," he writes. "The movie cuts back and forth between two preposterous plot lines and uses the man on the ledge as a device to pump up the tension." Associated Press critic Christy Lemire acknowledges that she got "a little rush of vertigo" every time the director showed Worthington's POV looking straight down to the ground. Otherwise, she writes, " Man on a Ledge is so clichéd and reheated, it almost feels like a parody of a generic action picture." Michael Phillips in the Chicago Tribune has no qualms about exposing the effects makers' bag of tricks. "Why does the distance between the ledge and the Pavement seem to vary from shot to shot, depending on whether we're watching actor-harnessed action filmed on location or actors doing their thing on a mock-up of the location?" he asks. But Tom Long in the Detroit News maintains that those scenes count for a lot. "There's no escaping the sheer terror of a guy standing on a ledge that high up. Man on a Ledge delivers the sweats it intends to deliver," he concludes. And Mick LaSalle in the San Francisco Chronicle is more than willing to overlook any of the film's implausibilities. " Man on a Ledge ," he writes, "doesn't aim high, but what it aims to do, it does. It grabs the audience's attention, engages its anxieties, stokes its resentments and, at the finish, sends people out saying, 'That was good.'"