Queen Elizabeth was praised for her ''utter self-sacrifice'' at the 60th anniversary celebration of her coronation in Westminster Abbey today (04.06.13). 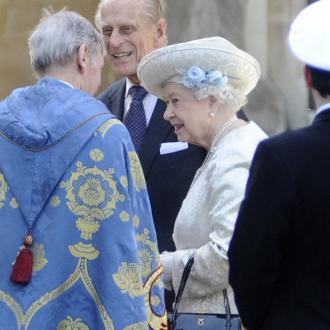 Britain's Queen Elizabeth was praised for her ''utter self-sacrifice'' at the 60th anniversary celebration of her coronation.

The monarch was honoured in a ceremony at Westminster Abbey in London today (04.06.13) to mark six decades since she was officially crowned queen and the 87-year-old royal was commended for her service to her country by the Archbishop of Canterbury.

Archbishop Welby, who led the ceremony, told the exclusive audience who gathered at the event: ''Today we celebrate 60 years since that moment, 60 years of commitment.''

The minister recalled the queen kneeling at the abbey's altar and praying at her coronation in June 1953, and added: ''We do not know what was prayed. Her Majesty knelt at the beginning of a path of demanding devotion and utter self-sacrifice, a path she did not choose, yet to which she was called by God.''

The monarch was joined at the ceremony by her husband Prince Philip, who, despite being poorly and cancelling a royal engagement yesterday, was determined to be by his spouse's side at the ceremony.

Pregnant royal Duchess Catherine - who is expecting her first child next month - made the trip to Westminster Abbey with husband Prince William, marking the first time the couple have attended the venue since their wedding in April 2011.

The other members of the royal family, including Prince Charles, Duchess Camilla and Prince Harry, also showed their support.