Seven queer artists that will help shape a decade of music

These musicians are the ones bringing queer identity to the forefront of music in the 2020s.

Matters of sexual and gender identity are a huge hot topic at the moment, but it's important that these issues seep into the entertainment world - particularly music - because that's arguably the best and easiest way to spread awareness and education. Not only that, but it's a way of perfectly encapsulating the queer experience so that everyone can hear it and learn to understand it. If anyone is doing this well right now, it's these artists... 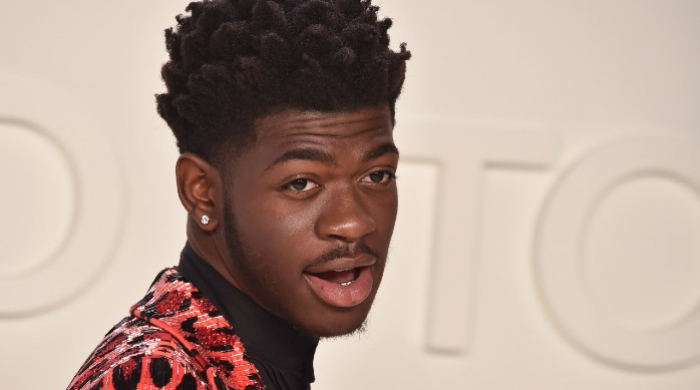 After becoming the only artist to ever come out as gay while sitting atop the charts, Lil Nas X has gone from the wholesome country rap of Old Town Road to giving Satan a lap dance in the video for the electropop influenced Montero (Call Me by Your Name). His inflammatory messages of pride and self-acceptance scream "Queer is here and it's not going away!" so it's no wonder he's leading a queer music revolution.

This Brooklyn singer has identified as both gay and genderqueer, though uses she/her pronouns. Her debut album Cheap Queen takes its name from a drag term of a queen who is resourceful with what they have when creating their aesthetic, but the album itself is an understated collection of romantic ballads where being gay is merely an aside.

Once touted as the world's youngest transgender person, this pop songstress has been famous in Germany since she was 13-years-old and went on to be one of the youngest to have transfeminine hormone therapy. The fact that she's making herself a household name now as a musician - especially lately with queer songs like her remix of Studio Killers' Jenny - makes her an amazing example for other young teens exploring their gender and sexual identity.

Japanese-British singer Rina Sawayama announced that she identified as both bisexual and pansexual two years before the release of her critically acclaimed debut album, confessing that has always written songs about girls. However, the album largely deals with matters of female empowerment, her heritage and youthful hedonism, though the song Chosen Family was one she went on to remix with Elton John. Indeed, the concept of a "chosen family" is a large part of LGBTQ+ culture, with much of the community having experienced marginalisation from their relatives.

Norwegian singer Girl in Red has been a huge icon in the LGBTQ+ community since the release of her debut single I Wanna Be Your Girlfriend. She's appeared on the cover of Gay Times, and last year became a TikTok symbol of queer identification with users asking "Do you listen to Girl in Red?" as a euphemism for "Are you a lesbian?". She dropped her stunning debut album If I Could Make It Go Quiet this year which has only increase her popularity.

Queer and genderfluid Dorian Electra uses they/them pronouns and occasionally paints on a moustache - which looks just as sick even in their more feminine guises. Since 2019 she's self-released two studio albums - Flamboyant and My Agenda - which are full of themes surrounding gender identity, toxic masculinity and the so-called "gay agenda". It's the kind of protest pop the LGBTQ+ community needs.

Having just landed the Best New Artist award at the Brits, Arlo Parks is one of the most exciting LGBTQ+ artists on the UK music scene right now. She's openly bisexual, though her debut album Collapsed in Sunbeams deals more with matters of trauma and mental health which most queer people (and everyone else) can relate to.