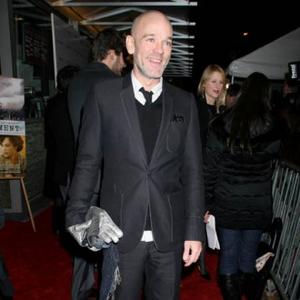 The legendary 'Man on the Moon' rockers have announced they are to part ways after 31 years and 15 albums together.

A statement on their website reads: "To our Fans and Friends: As R.E.M., and as lifelong friends and co-conspirators, we have decided to call it a day as a band.

"We walk away with a great sense of gratitude, of finality, and of astonishment at all we have accomplished. To anyone who ever felt touched by our music, our deepest thanks for listening."

Each member of the group â singer Michael Stipe, guitarist Peter Buck and bassist Mike Mills â also wrote their individual feelings about the end of the band.

Michael wrote: "A wise man once said - 'the skill in attending a party is knowing when it's time to leave.' We built something extraordinary together. We did this thing. And now we're going to walk away from it (sic)."

Mike added he felt that the bands last album, 'Collapse Into Now' â released in March - drew a "natural line" under their work and said the break up has not been caused by any hard feelings between the members.

He said: "There's no disharmony here, no falling-outs, no lawyers squaring-off. We've made this decision together, amicably and with each other's best interests at heart. The time just feels right."

Drummer Bill Berry â who left the band in 1997 and was not replaced â has yet to comment.

Formed in 1980, R.E.M. were pioneers of the underground indie music scene in the U.S., building a strong fan base, particularly among college students, through constant touring. Although their albums were critically acclaimed, their first mainstream hit didn't come until 1987 with 'The One I Love'.

The band signed with major label Warner Brothers in 1988 and hit their commercial peak in the early 90s with their albums 'Out of Time' â which spawned the singles 'Losing My Religion' and 'Shiny Happy People' and 'Automatic for the People'.

The band continued to have huge success and produce a prolific number of albums through the 90s, and while their experimentation with their musical style was less commercially successful in the last decade, they were inducted into The Rock 'n' Roll Hall of Fame in 2007 and continued to be held in high regard by both fans and critics.