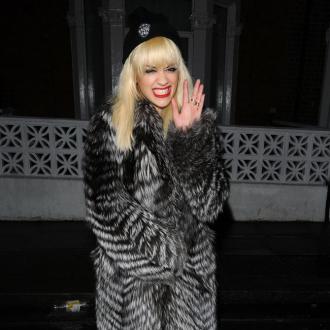 Robert Kardashian has denied his recent tweets slamming an ex-girlfriend were about Rita Ora.

The 'Keeping Up With The Kardashians' star posted a series of venomous comments on his Twitter page yesterday (03.12.12) accusing an ex-girlfriend of having ''unprotected sex'' with 20 other men while she was with him but now insists they weren't about the 'R.I.P.' singer whom he reportedly split from recently.

After posting a nasty rant about an un-named female, the 25-year-old reality TV star posted a new message today (04.12.12), saying: ''Just so we clear I never once mentioned 'Rita Ora' in any of my tweets or even used the word 'w***e' and I never would. I Respect Women (sic).

''Sad that the media created negativity for a young artist new to the game that is working so hard to make it. Never mentioned any names. I speak truth. I'm a very Real dude and everything I say I mean...But never called anyone specific a w***e and said any names. You all did.''

Robert's sister Kylie Jenner also brushed off his comments to E! News and insisted he is fine despite splitting from his girlfriend of several months recently.

Kylie said: ''I actually talked to him today. I was like, 'What's wrong, Rob? Are you OK?' He's like, 'No, I just want to put out some inspiration quotes.' So...he's just trying to put...some inspiration stuff out there.

''Maybe he's hiding something but I don't know.''

Rita previously claimed the pair haven't been a couple for several weeks and she had to end it with Rob because she didn't have any time to see him.

The 22-year-old British popstar said: ''I'm not going out with Rob. We were close for a while, but it didn't work because I was never there. I was like a ghost. I used to get so frustrated with myself and then wonder why I was angry, so I decided it was best to keep it friendly - especially at the moment, when there's so much going on.''