Got Tickets For Sergei Polunin in Midnight Express? You Might Wanna' Read This...

Sergei Polunin has been replaced in Midnight Express, though perhaps more worryingly, nobody seems to know where he is. 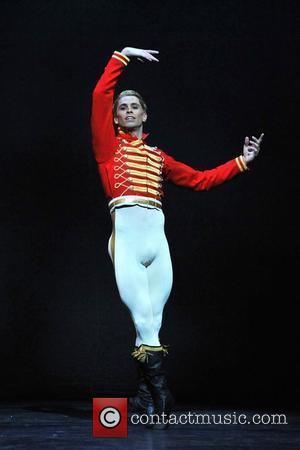 Ukrainian dance star Sergei Polunin has walked out on the cast of the major new ballet show Midnight Express just days before its UK premiere at London's Coliseum. The production, based on Billy Hayes's 1977 Turkish prison story, was due to open on Tuesday (April 9, 2013), though Polunin - its primary draw - has dropped out.

The production's director and choreographer, Peter Schaufuss, said Polunin failed to turn up for rehearsals on Wednesday. A statement put the departure down to "unforeseen circumstances," which essentially means nobody has a clue what's going on or where he is. Johan Christensen will take over the title role of Billy Hayes.

This is familiar territory for the Ukrainian star, who unexpectedly quit the Royal Ballet last year. At 19, he had become the company's youngest male principal though shocked the dance world by quitting before he was due to appear in a production of The Dream, later telling the BBC that he was no fan of rehearsing and that it was only when performing that he enjoyed to dance. Fair enough.

Schaufuss said he was "hugely disappointed" with his lead star. "I saw him on Tuesday evening and he said he really wanted to dance. Since then we haven't seen him and nobody from our team has had any response from him...We believe he is still in London - he hasn't checked out of his hotel, but he isn't in his room. I'm really worried about him."

The 1978 film version of 'Midnight Express', directed by Alan Parker with a screenplay from Oliver Stone, starred Brad Davis and John Hurt. Sergei Polunin [Centre] As Prince In The Nutcracker