Shares Of Theater Chains Drop Despite Pick Up In Attendance 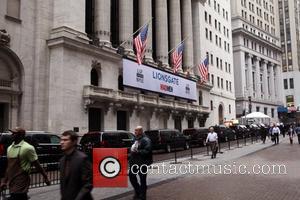 Ordinarily after a weekend that saw theater attendance soar, one might have expected that the stock of exhibitors would also follow suit. Such was not the case, however, with shares of several exhibitors tumbling in near free fall, presumably in reaction to last weekend's theater shooting in Aurora, CO. Worst hit was Carmike Cinemas, whose stock plunged 9.9 percent on Tuesday. Cinemark, which owns the theater where the shooting took place, saw its shares fall 6.2 percent. Even IMAX, which set a record for ticket sales at its widescreen venues over the weekend, was hit hard, with shares down 5.6 percent. In an interview with Fox News, Gene Grabowski of Levick Strategic Communications, a crisis management firm, said "Parents are very concerned that their children are being frightened by news reports and so business will likely drop of for a while. ... Many theaters, especially those showing movies with violence, will be equipped with metal detectors. The major theater chains will certainly enforce these restrictions across the country in order to protect against copycat incidents and to protect against lawsuits." But MKM Partners analyst Eric Handler told The Hollywood Reporter , "I don't think it will go as far as X-ray machines at theaters," he said. "You want to create a safe environment, and I think you do that by adding more security people to your staff. Metal detectors, which are not inexpensive, would be taking it too far and could make people skittish."