Suri Cruise is making friends at her new private school in New York. 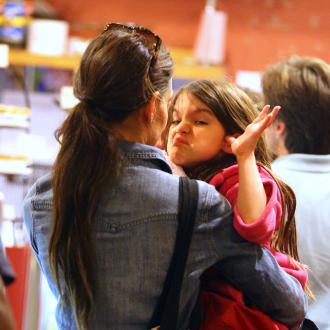 The six-year-old daughter of Tom Cruise and Katie Holmes - who divorced after six years together earlier this year - enrolled in Avenues private school in New York earlier this month, and Katie has been keen to meet with other parents so her daughter can have buddies.

A source told People.com: ''In school, Katie is so nice and talks to the parents like everyone else.

''She's making sure Suri is doing well and Suri has had a few play-dates with new friends from school.''

The youngster is also learning Mandarin Chinese at the $40,000-a-year school - which features a rooftop playground, a gym and a full-sized basketball court.

An insider said recently: ''Suri is going to be learning Mandarin. She is in the programme for the Lower School which focuses on Chinese, and this is a great foundation for her.''

Tom's attorney Bert Fields recently claimed the 'Top Gun' actor was so keen to be informed about Suri's upbringing he was calling her as often as twice a day.

He said: ''Tom has been in England shooting a film. He calls Suri every day, sometimes twice a day.

''He loves Suri and is a constant presence in her life. As in the past, when he's shooting in a foreign country, he has to rely on daily phone calls.''