Suri Cruise wants to be a gymnast

Suri Cruise wants to be an Olympic gymnast after watching the 2012 Olympic games. 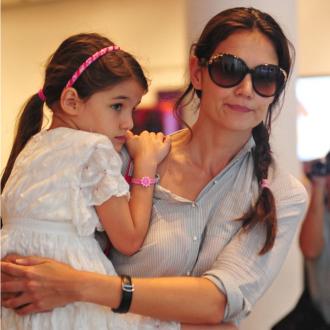 Suri Cruise wants to be an Olympic gymnast.

The six-year-old daughter of Tom Cruise and Katie Holmes caught Olympic fever after watching the London 2012 Games and was so impressed with America's gold winner Gabby Douglas, she wants to follow in her footsteps.

A source told National Enquirer magazine: ''Suri is gaga for Gabby and the whole women's summer Olympic gymnastics team. Forget acting and modelling - Suri says when she grows up she wants to be an Olympian.

''She really got caught up in the excitement. She's been taking lessons at Chelsea Piers, near Katie's bachelorette pad for over a month and her coaches have been telling Katie and Tom their daughter has the right stuff and shows a lot of potential.''

Katie and Tom - who divorced earlier this year - are thought to be relived their daughter doesn't want to follow in their footsteps and start acting.

The insider said: ''Despite their bitter divorce. Tom and Katie have found common ground in regard to Suri. They love that she wants to pursue something other than acting and are encouraging her to go for gold.''