The Queen was on hand to collect her award from Sir Kenneth Branagh. 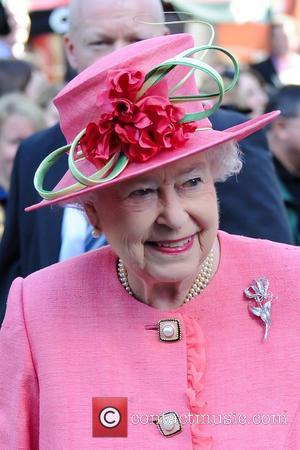 The Queen invited many of her closest friends and some of the world's biggest movie stars to Windsor Castle for a special celebration of the British film industry on Thursday night (April 4, 2013). Among the attendees were Sir Kenneth Branagh, current James Bond Daniel Craig and would-be-Bond Idris Elba. It was her majesty that scooped one of the evening's awards, for supporting British film over her 50-year reign.

Elsewhere, there was Tom Hooper, George Lucas, Christopher Nolan, Eric Fellner, David Hare, Tessa Ross, Rebecca O'Brien and the esteemed Danny Boyle. The Queen beamed with delight after accepting the award from Branagh - given to her essentially because she was game for her Bond skit at the Olympics. "Not all of them are fully funded," Sir Kenneth joked about the Queen being sent scripts since the 007 sequence, "but with Your Majesty attached, they would be bound to get funding."

Other members of the royal family appeared at the event, including Duke of York, the Countess of Wessex, and Prince Michael of Kent, who told The Guardian's Peter Bradshaw that the industry needed critics to "pin-prick the egos."

Other gossip from the event included George Lucas admitting he was a fan of Downton Abbey. "I just watched a boxset season one with my fiancée in Bermuda," he told Bradshaw, saying Dame Maggie Smith was his favorite.