Chet Hanks, the son of Hollywood legend Tom, has confirmed he has a baby daughter and says she's helped him stay on the wagon. 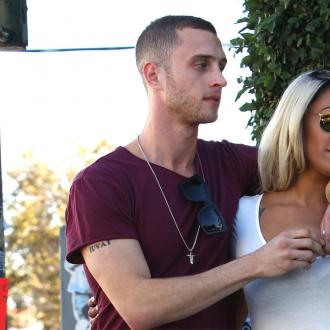 The 26-year-old son of Hollywood actor Tom Hanks and Rita Wilson fathered a daughter in April and she's inspired him to turn his life around and stay on the wagon.

In a video message shared with his fans on Instagram, he said: ''I want to share something today because it's about to be shared anyway in the press, which is the fact that I have a daughter. I do have a daughter, she's the best thing that's ever happened to me, she's the reason why I turned my life around and got sober. I've been sober for over a year and a half from everything.''

Chet won't be posting pictures of the little girl on social media because he doesn't want her dragged into the limelight and the ''negativity'' of his past.

He added: ''She's not something to be posted. She's something that I love, that's changed my life... It hasn't been easy making all my mistakes in public but I'm figuring it out.''

And he captioned the video: ''No disrespect to people that post their kids, I just I never wanted her to be dragged into the negativity surrounding my past.''

Meanwhile, Chet rushed to the defence of the baby's mother on Twitter and slammed unsavory reports about her.

He penned: ''Really sad how the media has to portray the mother of my child in such a crass way. She is one of the nicest people I know...

''It's really frustrating that the media can just lie and say whatever they want about people that don't have a voice to defend themselves.

''I'm just thankful that my daughter has such a great mom.(sic)''