Tom West talks to us about Kermit The Frog, ancient history and cracking his own code ahead of a June album release [EXCLUSIVE]

With his second album due to drop in June, Tom West takes time out to discuss his influences and inspirations.

Australian singer-songwriter Tom West has just released his first single of 2021, Can You Hear The Birds Calling?, the follow up to his 2020 album, Antarctica. The tender folk song exposes West's distinctive vocal as he sings out over a stripped back but utterly immersive soundtrack. The reflective song once again shows why West has been compared to Neil Young, not only for his vocal, but also because of the quality of his compositions. The string enhanced subtleties of Can You Hear The Birds Calling is a terrific lead track from his forthcoming album, I'm Livin', due out on AntiFragile Music. 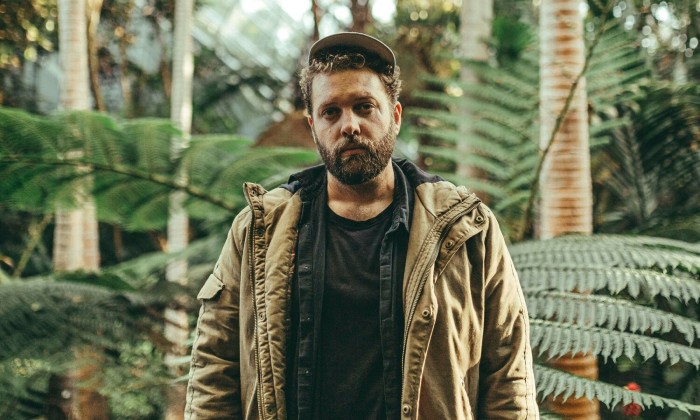 I like to write melodic, contemporary singer-songwriter stuff. Somewhere in the middle of the Venn diagram between Country, Folk and Americana I guess. I’ve heard that I have an interesting or androgynous voice (it sounds normal to me!) I’ve heard that I sing like Neil Young, Brain Aubert or Kermit the Frog. I generally play guitars, sometimes open tuned, sometimes picked. Ben Howard is possibly a close-ish comparison to what I’m doing.

I grew up and cut my teeth playing and writing very far away from the centres of power in the music world, with very little guidance or any obvious pathway, especially for the type of music I’m doing. I guess that has been a challenge, but also maybe (that) gave me (the) freedom to do my own thing. It took me a long time to find where my music fits.

I was once told by a sage house mate I lived with that, in anything, music, arts, sport, life, whatever, everyone has their own code to break. I think some people's codes are easier to crack than others. The process of cracking my own code definitely hasn’t been easy and I’m absolutely still figuring it out, but other folks out there definitely have it harder than me, others easier. I think it might be a cliche, but I guess you’ve got to find what you do that resonates with people and try and lean into those things, if you can. I learnt a lot about that from my pretty relentless touring over the last few years pre CoVID.

I’ve had to learn how to let go of control in many aspects of my career- which hasn't always been easy. Collaborating is one of the most important parts of the job and compromising is a necessary part of that - with yourself and with the people you’re working with.

From everything, pretty much. However, experiences where I'm far outside my comfort zone tend to find their way in to songs - whether that’s travelling on tour, relationships, experiences, sights and sounds. It all goes in and gets churned around and sometimes a song pops out.

Right at the moment I’m listening to music by the Barr Brothers a fair bit, so if I was ever to cross paths that would be cool. To me their stuff, especially the album Sleeping Operator, it seems to draw on a diverse lot of music influences, it feels like a bit of a melting pot. I like that.

I can read Wikipedia pages on ancient history for hours and hours no problem. Love it

I don’t have any really lofty targets. I love being able to travel around, meet new people and see new places - if I could get to a point where I can keep playing small rooms on tour and using touring to inspire more writing and keep it all going for as long as I can handle it, I’ll be satisfied.

By this time next year, I’d really like to be able to take off where I left things before the pandemic put a halt to everything; back on the ground touring in the USA, and hopefully elsewhere too.

My new album I’m livin' is coming out in June, which I’m looking forward to sharing. Beyond that I’m excited to be staying work on a new collaborative project right now so we’ll have some clues about where that’s going too, as well as trying to finishing of some more songs of my own.