Music and gaming? Sounds like a match made in heaven, right? Indeed it is! That’s why we’ve come up with 7 best pokies for all you music lovers!

Music and gaming have always had a synergy. There are certain musical compositions that gamers will recognize instantaneously, such as the theme from Super Mario, the music from Pacman and that tune that will forever be associated with Tetris. 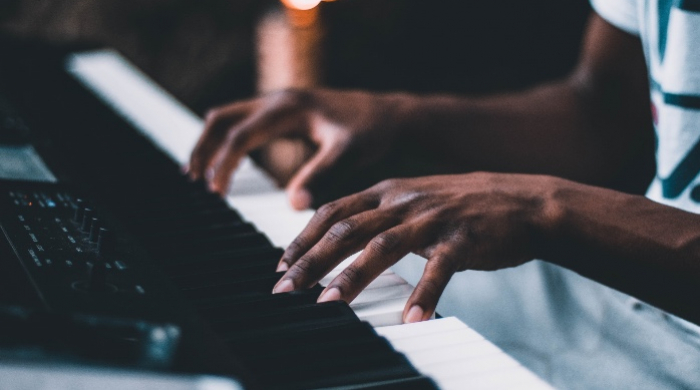 The phenomenal growth of online gambling has given rise to a brand new type of musical game, namely, the music-theme slot machine. The slots are probably the most dynamic form of casual gambling game out there, which can be adapted around pretty much any theme, be it a musical genre, a popular movie or a TV series.

Over the years, game developers have worked alongside musicians to create games based on their work. As a result, these musically-theme slots are some of the most entertaining games available in the online gambling space.

Without a doubt, anyone who’s ever played a good game of pokies knows that music is an inherent part of the overall gaming experience. Apart from complementing the high-quality graphics, it’s what makes the gameplay all the more engaging and exciting.

If you are an avid music fan who wants to try your hand at the slots while listening to your favourite tunes, here is the lowdown on some of the top pokies for you:

Let’s begin with Jimi Hendrix, who is arguably one of the most influential musicians of the 20th century. If you’re a fan of Hendrix, you’ll love this slot game developed by NetEnt. The vibe of this game will transport you back to the 60s with flower power graphics that perfectly complement Hendrix’s most famous songs.

There are two particularly notable features on this pokie. First is the Purple Haze feature, which is automatically activated when you land on the symbol. Then you have the Red Guitar Re-Spin feature, which locks red guitar symbols into the reels and awards the player re-spins. All in all, this is a graphically-sophisticated game with a brilliant soundtrack to enhance the experience.

The Phantom of The Opera

From the King of the Opera to Broadway, musical fans who can’t get enough of Andrew Lloyd Webber’s legendary compilations will adore this Phantom of The Opera themed slot machine developed by Micrograming.

This game follows a standard 243-ways to win slot format. Full of Phantom bonuses and side games as well as outtakes from the movie adaptation of this musical, the pokie offers games a unique and atmospheric gaming experience.

Now for a great offering from Elk Studios targetted at fans of Electronic Dance Music (EDM). This ten pay line DJ Wild themed slot machine will transport you to the dance floor of a Miami superclub. While the game might look somewhat like a regular slot machine, the neon colours will remind players of a music festival. Watch out for the DJ Wild symbol, which triggers a re-spin bonus game.

In addition to the slick graphics featuring DJ equipment and jewelled fruit, the soundtrack scored by top Stockholm DJ, DJ Wild gives this game its edge. It isn’t just background music here but a central part of the overall gaming experience as it grows increasingly intense as things heat up on the reels.

For fans of the King of Rock and Roll, we have a wonderful offering from Williams Interactive. This Elvis Prestley themed slot machine is somewhat unconventional with five reels stretched over 12 rows and 60 ways to win.

This pokie includes a special Elvis Reels feature which boosts the player’s chances of lining up a big winning combo. There are also four bonus trigger symbols that open up various other bonuses. All of this happens while you are listening to timeless Elvis tracks such as Hound Dog, Burning Love and Suspicious Minds.

From the King of Rock and Roll to the King of Pop. SG Interactive bring gamers a pokie dedicated to Michael Jackson. This game has a regular video slot format with five reels, three rows and 25 pay lines, but as you’d expect, you get to play while hearing the best of Michael Jackson.

The soundtrack to your gaming experience will include famous hits such as Smooth Criminal, Thriller, Dirty Diana, Beat It and Bad. Keep an eye out for the King of Pop himself on the reels in both the jackpot and bonus symbols, along with other iconic symbols, including his famed white glove and hat! Special features of this game include the Moonwalk Wilds, where five extra wilds are added with double payouts and Stacked Wilds when up to 2 reels turn wild. Fans will also enjoy the chance to play special Beat It and Smooth Criminal games with wild reels.

Microgaming has joined forces with Joel Thomas Zimmerman, also known as Deadmau5, to bring a great gaming option for progressive house music fans. This stunningly designed slot game brings together the perfect combination of graphics and sound to enable players to feel as if they are at a music festival.

The Deadmau5 slot is unique amongst music-themed pokies. It steers the focus away from classic rock and provides a refreshing alternative for those who prefer EDM and Trance.

If you want to be transported to a Las Vegas casino, and what gambler doesn’t, this Rat Pack themed slot game from Micrograming will be perfect for you. Listen to the sounds of Frank Sinatra, Dean Martin and Sammy Davis Jr as you try to win big on this quirky slot machine.

Taking the Rat Pack name literally, this game features a group of rodent musicians across its five reels. These suave rats provide the highest paying symbols, with the standard wild bonus boasting the biggest payouts. Players will also enjoy taking advantage of the multiplier wild symbol, which will double their payouts. A central feature of this Rat Pack themed slot is the free spin bonus where only scatter pays are awarded. There is also a gamble feature that lets players boost their wins multiple times.