The injured comedian has wasted no time in suing Walmart over the deadly crash. 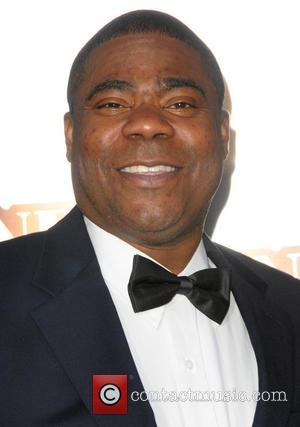 Tracey Morgan is well on his way to recovering from the June 8th car crash that saw him hospitalised for weeks. The comedian has reportedly returned to his home afterundergoing therapy at a rehabilitation center and will "continue his recovery at home with an aggressive outpatient program," his representative, Lewis Kay, said on Saturday.

"He asked me to pass along his sincerest gratitude to everyone who has helped him get to this point," Kay continued, adding "He would also appreciate some privacy during this crucial point in his recovery."

63-year-old comedian named James McNair, AKA Jimmy Mack, was killed in the crash that involved 2 tractor-trailers, 2 cars, an SUV and the limo carrying the performers. A Walmart truck struck the limo and the driver, Kevin Roper, has since pleaded not guilty to vehicular homicide.

However, Morgan is reportedly suing Walmart after it was found that the truck that rear-ended Morgan's limo was traveling 20 mph over the speed limit and its driver was almost at his drive time limit, according to a preliminary report by the National Transportation Safety Board, via CNN Wire.

Describing the crash as a "terrible tragedy," Walmart issued a statement wishing full recoveries to Morgan and two others injured with him, comedian Ardie Fuqua and Morgan's personal assistant Jeffrey Millea.

More: Truck driver in Tracey Morgan crash pleads not guilty to all charges.

"We are deeply sorry that one of our trucks was involved. As we've said, we're cooperating fully in the ongoing investigation. We know it will take some time to resolve all of the remaining issues as a result of the accident, but we're committed to doing the right thing for all involved." Tracey Morgan Has Returned Home After The Car Crash, And Is Suing Walmart.