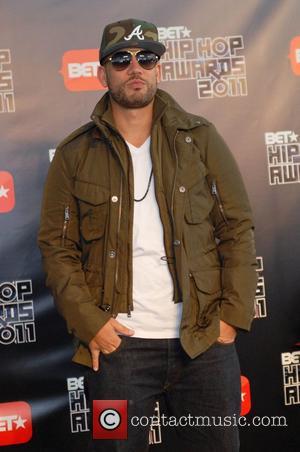 In the end, the TV critics concluded, Sunday night's Golden Globes telecast amounted to yet another letdown, not so much because of the choice of winners -- best drama The Descendants ; best comedy or musical The Artist -- but because of the commonplace performance of host Ricky Gervais. All of the critics had sharpened their pencils to jot down what they hoped would be another fusillade of zingers like those he let loose a year ago. They No Doubt would have been happier with Don Rickles or even Triumph the Insult Comic Dog as host. Gervais was simply "boring," wrote the Huffington Post's TV critic, Maureen Ryan. His "performance as host was decidedly anti-climactic and underwhelming. Its general mediocrity gave the ceremony as a whole a certain deflated quality," she remarked. Gervais, said Mary McNamara in the Los Angeles Times , was "surprisingly subdued. He preferred aiming his mild barbs mostly at institutions. ... And then he vanished, reappearing only occasionally to introduce presenters." Mark Perigard in the Boston Herald commented that Gervais returned "armed only with tired quips about Mel Gibson, Eddie Murphy and Kim Kardashian -- celebs who just happened to be nowhere in the vicinity." The Associated Press sent out a review of the show by its film critic, Christy Lemire, headed, "A Tamer Gervais Leads Predictable Golden Globes." Frazier Moore, The Wire service's TV writer, commented in a separate review that the show "was a crushing disappointment for anyone eagerly awaiting what naughtiness Ricky Gervais would have up his sleeve." New York magazine's Willa Paskin and Amanda Dobbins wrote on the magazine's Vulture.com website, "We were promised no-fear joke bombs, and all we got were jibes about how he 'could say anything he wanted,' though apparently all he wanted to say was pretty inoffensive." On the other hand, Chicago Tribune reporter Steve Johnson wrote that in his third effort at hosting the Golden Globes, "Gervais got it just right. ... The public got sharp-tongued comedy that took some of the stuffing out of the event." And Alessandra Stanley in The New York Times observed that Gervais did unleash "a spray of insults with more than the usual amount of innuendo about the sexuality of stars." However, she added, "his audience didn't seem that amused, but they didn't look scandalized either."