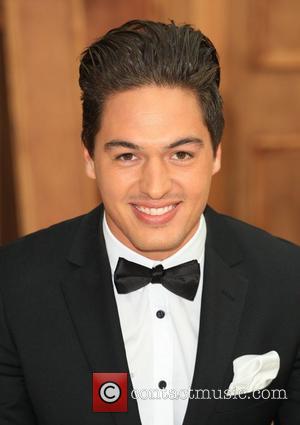 Picture: Mario Falcone opens a replica of Rose's cabin at Westfield London to launch the release of Titanic on Blu-ray and Blue-ray 3D London, England -...

Several of the satellite-distributed digital channels that have sprung up in Britain in recent years have been airing libraries of older television shows, many of which originally were broadcast after 9 00 p.m. -- the so-called watershed hour -- and airing them earlier in the evening when children are likely to be watching, according to the British TV regulator OFCOM. Unlike the U.S., where the FCC is only able to regulate the content of broadcast stations -- not cable companies, OFCOM has broad powers to over programming airing on even the smallest TV outlets. In a statement issued on Monday, OFCOM said that it had "recently noted a number of cases where material which was originally produced for a post-watershed timeslot has been transmitted unedited or inappropriately edited for transmission pre-watershed or when children are particularly likely to be listening. This material often contains unsuitable language or violence." While it noted that some broadcasters that have aired the programs had blamed "human error" for doing so, it warned "All broadcasters are reminded that they are under a clear duty to ensure that robust procedures are in place, supported by a sufficient number of appropriately qualified and trained staff, to ensure full compliance with the code."

ANOTHER JUMP IN BOX-OFFICE BUCKS FOR JUMP STREET

The debut of Sony's R-rated 21 Jump Street actually performed better than the studio's already exceptional estimates had indicated on Sunday. Final figures released on Monday disclosed that the movie starring Jonah Hill and Channing Tatum brought in $36.30 million over the weekend -- $1.3 million more than the studio's estimate. Veteran box office analyst Paul Dergarabedian observed that it set a record as the "biggest opening weekend for a non-summer, non-sequel R-rated comedy." Dr. Seuss' The Lorax continued to perform solidly in its third week, raking in $22.76 million for Universal and raising its domestic total to $158.39 million. But Disney's John Carter failed to recover from its disastrous opening as it dropped 55 percent to $13.57 million. The film, which may have cost as much as $300 million to produce and market, has thus far earned just $53.23 million domestically. On Monday, Disney said that it expected to take a $200-million loss on the movie. An unexpected surprise was the ninth-place debut of Lionsgate's telenovela spoof Casa de Mi Padre , starring Will Ferrell, which screened in just 382 theaters but earned $2.29 million. It reportedly cost $11 million to produce.