Unlike the Sue Gray report into alleged law breaking at Number 10, our five favourite forthcoming albums in February all have a confirmed date to be shared. Whilst there are some major releases from Kanye West - Donda 2, Bastille - Give Me The Future and Tears For Fears - The Tipping Point, we've gone for a slightly more select bunch of albums. Sea Power - Everything Was Forever, Frank Turner - FTHC, Cate LeBon - Pompeii and Metronomy's Small World were all close to making the cut but in the end, without any intervention necessary from the Met, we've chosen an eclectic mix of pop-punk, art-rock, leftfield pop, folk and space rock. 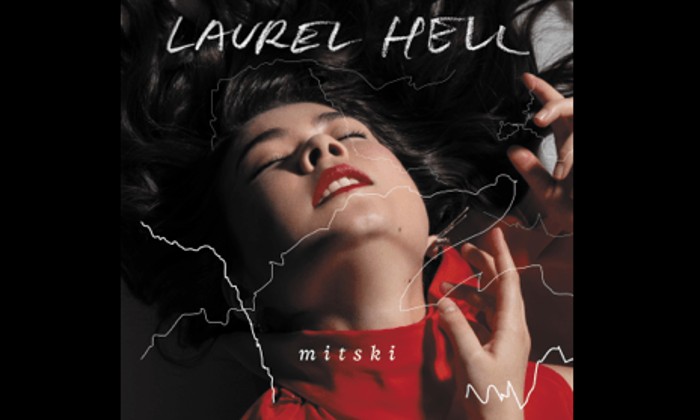 It's been three and a half years since Mitski released her last full length album, Be The Cowboy, but with Laurel Hell she's certainly made the wait well worth it. Mitski shared the lead single - Working For The Knife, back in October last year and since then she's dropped The Only Heartbreaker, Heat Lightning and more recently, Love Me More. All four tracks represent some of the finest slices of leftfield pop you're likely to hear on any album this year. No wonder then that MOJO magazine said of Laurel Hell that "Laycock's quest for escape yields some of her deepest moments, but her balance of mesmerising, confessional intensity with sculpted pop instincts remains an unfailing pleasure throughout". Mitski's new 11 track album is scheduled for release via Dead Oceans on February 4th.

The return of alt-J in all their unique, slightly eccentric, glory is a very exciting prospect indeed. The Leeds three piece have already treated us to three spectacular singles from the new album; U&ME, Get Better and Hard Drive Gold and each has not disappointed. The alt-J sound that fans and critics adore in equal measure has been manipulated beautifully to deliver up their latest sonic explorations over the course of the new 12 track, 50 minute long, album. It's been nearly five years since alt-J dropped their last full length album - RELAXER, but the band's meticulous attention to detail has resulted in yet another superbly crafted and creative album that's sure to top many albums of the year tables by the end of 2022.

Spiritualized - Everything Was Beautiful

Spiritualized follow up 2018's stunning album - And Nothing Hurts with yet another sublimely crafted record - Everything Was Beautiful. If the lead single, and album's opening track - Always Together With You, wasn't quite enough to get you to pre-ordering Spiritulaized's new album when it dropped back in November then surely their latest single, Crazy, should have sealed the deal. Whether they're epic soundscapes or intimate and tender love songs, all seven of the songs on Spiritualized's latest album make for compelling listening. J Spaceman plays 16 instruments on his ninth studio album and also uses "30 musicians and singers including his daughter Poppy". All of them combine together in unison to make one glorious sound on Everything Was Beautiful.

Big Thief - Dragon New Warm Mountain I Believe In you

Big Thief are set to follow up their fourth album, Two Hands in a very big way when they drop an epic 20 track double album on February 11th. Dragon New Warm Mountain I Believe In You will be the Brooklyn band's fifth album in six years and will be their biggest collection of songs to date. The new release was recorded in four separate locations; up state New York, Topanga Canyon, California, high in the Colorado Rockies and finally in Tucson, Arizona. The band started sharing tracks from their forthcoming double album back in August last year beginning with Little Things and Sparrow. A recent press statement says that DNWMIBIY is an "attempt to capture something deeper, wider, and full of mystery". Recent singles, Change, Certainty, Time Escaping and No Reason point to them doing just that and more.

Avril Lavigne follows up 2019's 'Head Above Water' with an album that she describes as the "most alternative record I've made from front to back".

Speaking about her new record she said that "it's also anthemic, and it's powerful, and it has a positive message for people to stand up for yourself, to have self-worth". Love Sux, due out on February 25th via Elektra Records, sees the Canadian singer-songwriter hook up with Machine Gun Kelly, Blackbear and Mark Hoppus amongst others. The Sk8er Boi hit maker has already shared two incendiary singles, Bite Me and more recently, Love It When You Hate Me, both of which see Lavigne channel her pop-punk past. Avril's new 12 track album, her seventh, is written by her with co-writing credits going to Colson Baker (MGK) on Bois Lie, Derek Smith (Mod Sun) on Cannonball, as well as seven other songs, and Christopher Comstock (Marshmello) on Bite Me. (There are also numerous contributions from Goldfinger's John Feldmann who has a hand in nine of the 12 tracks)