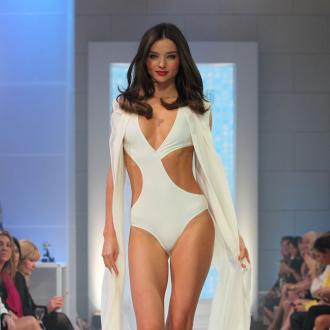 The Victoria's Secret Angels have revealed their top seduction tips.

Miranda Kerr and her fellow lingerie models shared their secret moves to make men swoon as part of the celebration for the brand's new limited edition Very Sexy Seduction line.

Alessandra Ambrosio, 31, remained mysterious and kept hers ''a secret'', but Miranda - who is married to Orlando Bloom - was very open about her techniques.

Whilst fanning herself in the sexy new ad, the 29-year-old advised: ''Just undo one button at a time - that's what I call seduction. I mean oh.''

Candice Swanepoel believes that a simple ''coy look'' does the trick to catch a man's attention and while the other girls are attracted to flowers, candlelit romantic dinners and ''guys that listen to what you have to say'' the 23-year-old only needs her men to be one thing.

She quipped: ''Just to be ridiculously good-looking.''

Lindsay Ellingon revealed ''a guy who is intelligent and down to earth'' is key and fellow Angel Erin Heatherton thinks ''rudeness is the worst'' when it comes to turn-offs.

The Angels are gearing up for the annual Victoria's Secret runway show on December 4, which will feature performances by Justin Bieber, Rihanna and Bruno Mars.

Earlier this year the brand's flagship London store opened its doors on Bond Street, spreading across four floors with an invite-only VIP area and displays of legendary items worn by the famous models.