What is Bingo Music?

Everything you ever needed to know about Music Bingo.

After all these years, Bingo is still one of the most popular and played games there is. And somehow it keeps getting renovated and updated with new mechanics. That is in part because of its simplicity. In recent years, fans created a new version of the game, and a very special one it is for music lovers. 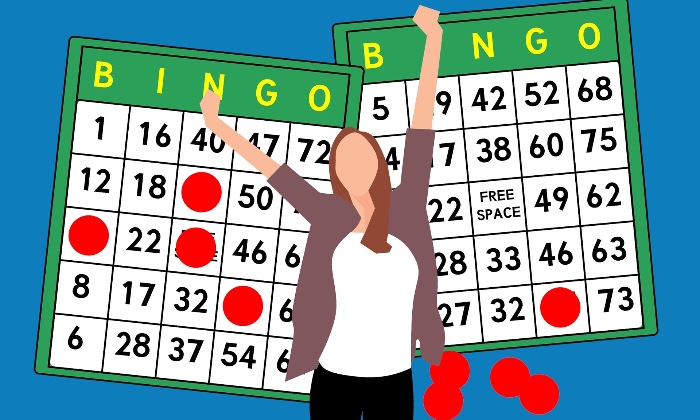 To put it in simple words, Bingo Music is a game based on traditional Bingo in which each number is related to a song and a challenge related to it.

It is not just Bingo, it is much more because the songs propose fun challenges while enjoying the universal entertainment vehicle that is music.

It is mostly used in office environments because it is a customizable activity in form and content that adapts to the needs of each company to work on creativity, teamwork, collaboration or the ability set by the company.

How to play Music Bingo

A bingo without cards is "like a garden without flowers", nothing a wise man said once. So, the first thing we must have are some Bingo Music cards to distribute among the participants. There will be several models of cardboard and they can be printed or have virtually.

There will be a ball blower or similar to call the numbers. Each number will be related to a song and the presenter will call one by one, in such a way that the activity consists of identifying which Bingo Music song is playing when it comes out, marking those that are playing on your card.

Those players who first identify each song will be able to cross out the box, taking into account that the number to which it is associated is on their card. One card is distributed per person.

It may happen that, instead of numbers, the titles of songs or the name of the musical group or solo artist are on the cards and when they are recognized, they are crossed out.

You can customize the songs with the decade of music you prefer or even with some specific musical groups: hip hop music, international music, hits from the 80s or 90s like any of the classics.

To make the Bingo Music game more inviting, there may be challenges for the balls. These challenges can be individual, in pairs, in groups or for the whole team. The points accumulated in these challenges serve as wild cards for the end and can speed up Line or Bingo on the cards.

What songs does Bingo Music feature

The songs are customizable and changing with the games in advance. They can be from a specific decade or decades, from musical styles or from one or several languages.

Each song can play up to 3 times (3 different parts).

It is important to select songs that motivate the group, that even predispose them to sing and dance. A funky presenter will do everything possible to make you move the skeleton and earn extra points. In the end, having fun is the point of playing this game.

The game can be played in person or online. In person it is more similar to the traditional version of the game. A good time to do this is at the end of a meeting or diner to relax and distend things a big if it’s a working environment.

Bingo Music is also viable virtually as a remote game, replacing the physical cards with virtual ones, sent to the participants electronically, these Bingo Music cards being self-printable.

This amazing bingo games can be found in operators like www.winkbingo.com. This kind of operators give you access 24/7 from your phone, computer or tablet. They offer special games, Jackpots and even free games or demos.

These types of games can take advantage of our current internet speed to make the experience as fluent as in person.

What are the advantages of playing Musical Bingo?

There are several advantages of this game as a team building activity. The main ones are:

Bingo is an internationally known game, so it will be easy for almost anyone to understand and play.

The idea of music is also universal and energizes the game, as well as allowing you to customize it. For national or international teams. It is flexible because it can be done both in person and virtually (as any bingo game, actually).

It has all the ingredients for a successful Team Building activity: game, music, participation and prizes.

Who is the Bingo Music activity for?

Well, the answer is simple. It’s for anyone who want to have fun! Senior citizens and young people alike. Everyone loves music and bingo so there’s no wrong answer here.

How long does the Bingo Music activity last?

Between an hour and a half and two hours. You can have a perfect complement afterwards with a Karaoke party finale. The Bingo Music warms up the engines and the Karaoke is a perfect ending.

There are many different ways of playing bingo. You can play with animal figures for children. You can also play with custom cards, printable cards you can find online and now we know about Bingo Music which is an extremely wild and fun variation of this old time classic. Bingo is a game that’s easy to learn and master. It allows us to interact with others and keep our minds active. No wonder why it is played from schools to senior residences.

Bingo is a game for everyone, and Bingo Music is no different, it’s just a matter of finding the right songs for people to discover and even dance, if they feel like it.

While it’s not the most popular version of the game it is great that the formula keeps renovating itself.