Anyone that has dabbled with online slot games will have come across their fair share of film-themed slots that have used these blockbuster titles to create an exciting game. Leading slot providers often choose to tie in classic blockbuster titles with their slot games for a number of reasons, including some that are obvious and others that are far more hidden. 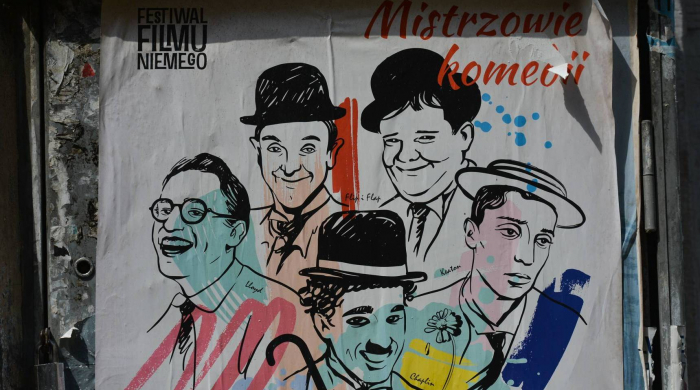 In this article, we discuss the reasons why slot providers choose to use old films as a source of inspiration for their slot games.

Aside from the less recognisable reasons behind creating slot games with an old film tie-in, they always make a good basis for a slot game. Online slot games are some of the most commonly played games available across online casinos and dedicated slot sites. This popularity partly comes from their simplicity, with even the least experienced players able to enjoy them.

Although simple games get a lot of attention, more is needed to make leading slot titles, as players need an extra form of stimulation to keep them entertained. A relatable theme can often provide that extra stimulation a player needs, and what better than a slot with a theme from a classic blockbuster film?

Classic films like The Goonies, Gremlins and Jumanji all have their very own slot games that have themes based on the film for a good reason. Those who grew up watching these films are likely to have hit their 40s, which remains a common age related to using online gambling services. For example, this study shows that people between 18 and 44 hold the most gambling accounts compared to the other age ranges.

So by using classic film titles from this era, slot providers are able to appeal to the most active online gamblers by basing their games on films they grew up watching, provoking any fond memories they may have.

Why Slot Providers use Movies to Inspire their Slots

Although developing a slot that is a big hit amongst online slot players is the overall goal, slot providers often use well-established old films to tie in with their game for various other reasons. As a result, slot providers face several risks when developing a slot, and they must consider each and every one of these to ensure their game doesn’t flop or cause potential legal issues.

As with any product or service created for public use, there is a major risk of failure that developers must avoid. While a wide variety of reasons can cause failure, one way that has proved to be an efficient avenue to avoid this is by using a previously established idea to be the basis of your new one. In this case, we are referring to slot providers using popular old films to create a new slot game.

By taking these old, very successful films, slot developers are reducing the risk of creating a theme that slot players do not like. Of course, there is still potential that slot players may appreciate a Jumanji-themed slot less than the film, but the possibility of this is certainly reduced in comparison to creating a brand new theme.

Whether you are in the industry of music, gambling, film or anything in between, it is crucial to keep your costs as low as possible. Brand new ideas take money to create, promote and sell…  and a lot of it. So, by re-using an old idea, costs are instantly reduced, with less of the budget being needed throughout the product development and release stages.

Every product has a target audience, and it is important that they are successfully marketed for that specific demographic. Furthermore, it is especially paramount that those within the gambling industry successfully target the right audience, with them wanting to avoid the risk of being accused of appealing to those under 18.

Due to the legislation that prevents under 18s from gambling, legal action can be taken upon companies found guilty of promoting gambling activities to children. Following the decision of a case in 2021, the UK’s ASA (Advertising Standards Authority) rejected a complaint stating that Ladbrokes The Goonies slot ad was appealing to children. There is now a precedent in place that shows that tying old films with online slot games is a safe way of promoting a slot without appealing to those under 18.

In addition, we have also already discussed that using old films to create slot games is an effective way of appealing to online gamblers who are the most active.

The Future of Blockbuster Slot Games

After taking a closer look at why slot providers are so keen to transform old films into slot games, we can see that it offers various advantages. Not only do they provide a solid foundation to create an exciting game, but they also limit the chance of failure, reduce costs and are able to appeal to an audience that typically gambles the most.

Combine all these factors, and it seems clear that this is a successful method of creating slot games, and we are likely to see slot providers continue to do the same in the future.