Niall Horan was stuck with a temporary tattoo of comedian James Corden's face on his bottom for almost a month. 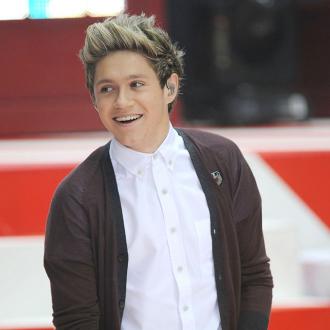 Niall Horan was stuck with a temporary tattoo on his bottom for almost a month.

The One Direction star had the face of British comedian James Corden transferred onto his left buttock during an appearance on comedy show 'A League Of Their Own', but it took three weeks to fade.

James told The Sun newspaper: ''We made a thing on the show that he's the only member of the band without a tattoo. I said to him we've got this little idea of putting a tattoo of my face on your body. Niall went, 'You should put it on my arse.' We tattooed it onto his buttock - it took him three weeks to get rid of it. He sent me updates every week, with a photo of my fading face on his arse saying, 'It's still not gone yet'. ''

The transfer hasn't tempted the 19-year-old to get any permanent inkings, unlike the rest of his band - Liam Payne, Zayn Malik, Louis Tomlinson and Harry Styles - who each have at least one tattoo.

Later he revealed he and his friend Alexander DeLeon had both had the words ''A pirates life for me'' written onto their ribcages, sharing a picture of the body art on Instagram.