Nicholas Hoult started acting at age 7, then hit the big time starring opposite Hugh Grant in 2002's About a Boy when he was 13.

At 25, English actor, Nicholas Hoult is having one of his best years yet, seeing Mad Max: Fury Road become a major hit while he was filming his role in next year's X-Men: Apocalypse. But in between he returned to Britain to play a vicious record executive in the blacker-than-black comedy Kill Your Friends, based on John Niven's novel about 1990s Britpop. Was he apprehensive about taking on Steven Stelfox, a role so different from his usual sympathetic characters? "No," he answers. "Weirdly, I kind of enjoyed being in his company. I'd be walking around town and occasionally I'd have to stop myself because I'd look at someone and hear Stelfox in my head. You know, what he'd think of them, describe them or what he'd want to do to them. It would happen a lot on the Tube."

Indeed, Stelfox was a continual challenge. "Normally, I'm quite relaxed about dialogue and all those sorts of things, and normally you have freedom with character to find it as you go," Hoult says. "But this character was very much about being precise with his words and knowing where he started a sentence, where he was going to finish and what the cherry on top was going to be. There was no time for me to not be on."

Hoult is particularly happy to finally be at a place where he can play complex characters like this. "A few years ago I'd be reading scripts like Kill Your Friends and thinking, 'I'd love to do this,' and they'd cast someone in their late 20s. Now I'm getting to do things like this and Mad Max!"

He also loves his character in the X-Men movies. "At times I'll see superhero movies and admittedly be frustrated by them," he says. "It does feel like some are just packaging a bankable formula. But I love the X-Men films because they have a heart to them. The superheroes in that world aren't smug! I don't want to watch someone who I know is going to win from the start just being awesome for two hours."

Watch the trailer for Kill Your Friends here: 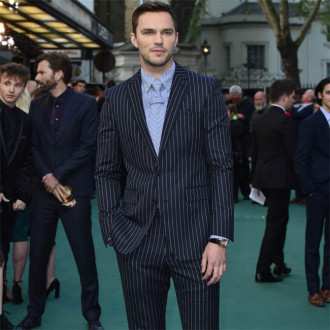 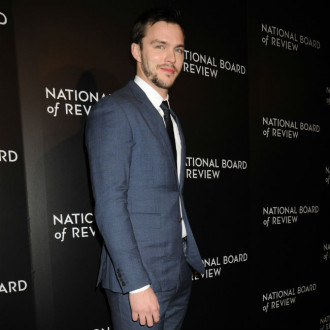