'Jack the Giant Killer' star Nicholas Hoult admitted he struggles to notice if someone is flirting with him as it takes ''a little while'' for him to realise what is happening. 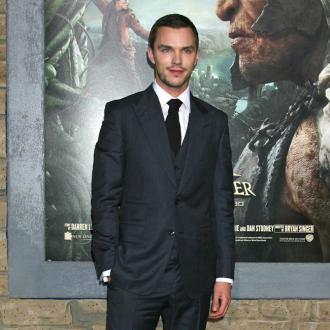 The 23-year-old star, who recently split from Jennifer Lawrence after two years together - admitted he isn't the most observant person when it comes to realising someone is giving him signals.

Asked if love at first sight has happened for him, he said: ''Hmmm, maybe. I'm not always the fastest person at picking up on things.

''It probably has happened but it took me a little while to register it.''

While he may not be spot-on romantically, the 'Jack the Giant Slayer' actor knows the importance of family and revealed Colin Firth gave him the best advice for his career.

Nicholas explained: ''[He] told me that the most important thing in a career is to have a good family around you.

''When your career's on the up, there'll be lots of people who want to be your friend, but when times get tough your family will be there.''

The star also told The Mail on Sunday newspaper's You magazine his mother would be both a dream and nightmare companion if he was ever trapped in a lift.

He continued: ''I'm going to say my mum for both answers, because it would be so comforting for me to have her there, but she's terrified of lifts and very claustrophobic so it would also be awful.''