Rapper And Tv Personality Nick Cannon Has Been Told To Ease Up On His Busy Schedule After Reportedly Checking In To Hospital For Exhaustion On Wednesday (22jul15). 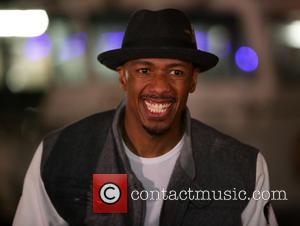 Mariah Carey's estranged husband took to Instagram.com and posted a photo of himself from a hospital bed with wires attached to his chest.

He added the caption, "Dont worry, Temporary pit stop... Sometimes I can be a little too bull headed and stubborn. I gotta stop running my body to the ground. I be wanting (sic) to grind (work) nonstop but the engine can't run on fumes."

Cannon also admitted that while he puts on a public persona of being able to balance his multiple hosting and producer duties, he doesn't have a special super power that protects him from getting ill.

He added, "On the low though, I really think I'm a super hero... Now I'm not saying I'm Batman, but I am saying nobody has ever seen me and Batman in the same room together."

This isn't the first health scare Cannon has had in recent years - in 2011, he was hospitalised with acute kidney failure on a post-Christmas vacation.

He was later told that the kidney disease was the result of an autoimmune disease which doctors found in his system, and months later (Feb12), he was back in hospital, suffering from blood clots in his lungs, caused by a kidney infection.

Cannon told People.com in 2012, "They kind of say (my) autoimmune (disease) is - like a lupus type of thing, but no one else in my family has it."

Following the blood clot scare, doctors warned Cannon to cut back on his work schedule, and he admitted on his Big Apple radio show in 2012 that the time in hospital made him realise he needed to take better care of himself.

He said, "My doctor was saying that my work is going to kill me - and he's not joking. I think part of the reason why my health did kind of deteriorate was because I wasn't resting a lot and I was doing too much. I was overworking myself, working out too much."