Pop Star Nick Carter And His Wife Lauren Had A Difficult Time Trying To Expand Their Family, And They Are Thrilled To Finally Be Expecting A Baby. 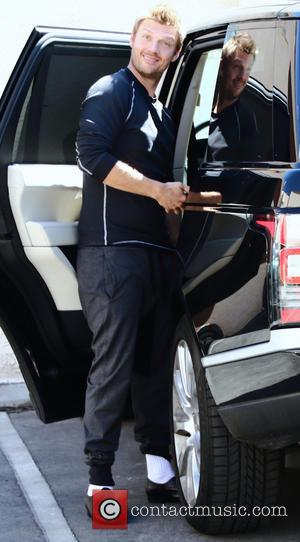 The Backstreet Boys singer is currently a top contender on U.S. competition show Dancing with the Stars, and on Monday's (02Nov15) episode, he spoke out about his wife's pregnancy for the first time after reports surfaced last week (ends01Nov15).

To go with the theme of the week's dances of idols and icons, Nick chose Lauren as his inspiration for the routine, saying, "There's so many influential people in my life. From teachers to the guys in my group but when I thought about it, my wife Lauren is my biggest idol and icon that I could think of. Lauren is the woman that I dreamed of. She's my saviour in a lot of ways."

Nick grew emotional as he began to talk about their difficulties while they were trying to conceive, saying, "We've been trying to have a baby for about a year now. It's been rocky, to be quite honest with you. There's been times when we thought it wouldn't happen."

"We were pregnant before and we lost the baby," Lauren added. "It was really hard on Nick. Just watching him get so excited about something then just see him so hurt was hard."

Nick and his professional partner Sharna Burgess paid tribute to Lauren with a contemporary dance to a rendition of Elvis Presley's Can't Help Falling in Love, and the number moved the judges, who awarded them a perfect score of 30, their first top marks of the season.

Nick and Lauren, who is four months pregnant, learned the sex of their baby during the live broadcast by opening a box filled with blue balloons, indicating an arrival of another Backstreet boy.