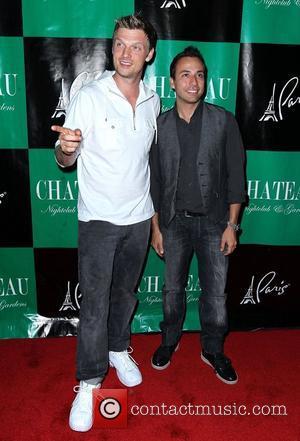 Picture: Nick Carter and Howie Dorough New Kids On The Block official after party at Chateau Nightclub and Gardens inside the Paris Hotel and Casino Las...

Backstreet Boys star Nick Carter insists the rigours of touring with New Kids On The Block have turned him and his bandmates into true athletes.
Carter, who has adopted a meat-free diet for the two boybands' first collaborative tour, admits he has developed a new respect for New Kids star Danny Wood, who goes to great lengths to maintain his fitness levels on the road.
And the Backstreet's Back singer/dancer admits he's now going all out to make sure he can keep up with the other guys on tour.
He tells CNN, "Danny's the epitome of physicality. He's in great shape.
"I feel like we're athletes. I think that we're up there kicking butt. We're giving it our all; we have to run up and down a stage that's the length of a basketball court... and I think we're doing a really good job."