It's Nick Cave, in all of his leftfield, curmudgeonly glory. 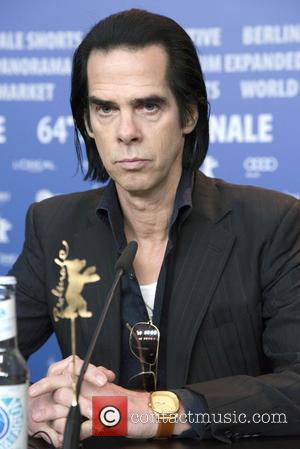 20,000 Days On Earth: no it's not a gun-totin' new action movie about an alien invasion, it's a drama about a day in the life of Nick Cave. The pseudo-documentary supposedly charts the rocker's 20,000th day on Earth.

The 56 year-old Australian musician narrates the film, which features scenes of him writing on a typewriter, going to therapy, spending time with Kylie Minogue and Ray Winstone, having food with fellow Aussie musician Warren Ellis, and hanging out with his son watching Scarface.

Anyone looking for a humdrum, fly-on-the-wall experience of a typical Cave day will be disappointed: the film does examine his songwriting process, live show performances and various celebrity friendships but it's creative in its narration, echoing Cave's own idiosyncracies.

"While the doc should prove essential for Nick Cave fans, it should be inspiring for those interested in the creative process or anyone searching for their muse," IndieWire's Cory Everett wrote after 20,000 Days premiered at the Sundance Film Festival.

"Nick would have never gone for a straightforward rock-doc," co-director Iain Forsyth told The New York Times. "We decided to go in a direction that combined reality with fantasy as seamlessly as possible - which, if you think about it, isn't too far from the transaction between a rock star and his fans."

"People want desperately to enter the world Nick creates in his songs. You can look around when the Bad Seeds are playing and see precisely which version of Nick - the junkie, the outlaw, the lover - each person in the crowd wants to be."

20,000 Days on Earth will be released in the UK on the 19th September but a launch event at London's Barbican on the 17th September will also be broadcast to 150 participating UK theaters and select screenings will accompany dates on the Bad Seeds' current tour. Nick Cave Takes Us On A Journey Through His 20,000th Day On Earth In This Unique New Docu-Drama.