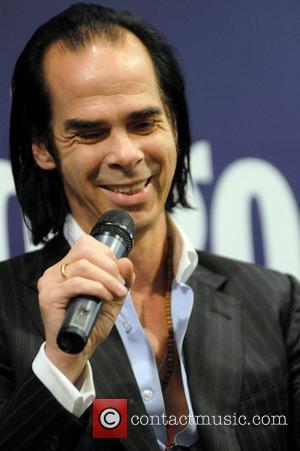 Picture: Nick Cave signs copies of his new book 'The Death of Bunny Munro' at Indigo Books in the Eaton Centre Toronto, Canada - 16.09.09

Nick Cave has paid tribute to his former THE BIRTHDAY PARTY bandmate ROWLAND S. HOWARD, calling the late rocker "Australia's most unique" guitarist.
Howard, 50, passed away on Wednesday (30Dec09) following a battle with liver cancer. He was reportedly awaiting a liver transplant at the time of his death.
The guitarist played alongside Cave in post-punk group The Birthday Party in the late 1970s and early 1980s.
Cave tells WENN, "This is very sad news. Rowland was Australia's most unique, gifted and uncompromising guitarist. He was also a good friend. He will be missed by many."