Mason was originally eliminated from the competition, but got a second chance after one of the Boys pulled out.

Outspoken ‘X-Factor’ contestant Mason Noise has made it through to the final 12 of the ITV competition, despite previously clashing with Simon Cowell and insulting Cheryl Fernandez-Versini on twitter. The 22 year old will now compete in the live shows, starting next weekend, as one of Nick Grimshaw’s three Boys. 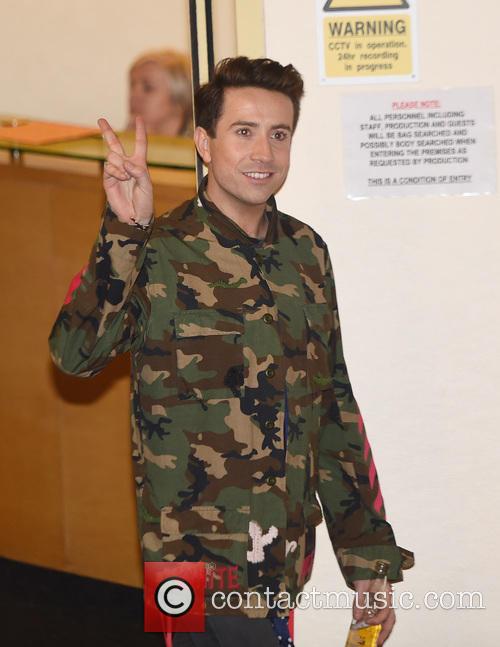 Mason was originally eliminated from the competition during the six-chair challenge, when he walked off stage after complaining about his lack of air time. Cowell told the singer “You should feel lucky to be on this show. Why don't you shut up?" and later branded him an “arsehole".

But when contestant Tom Bleasby withdrew from the competition Mason was given another chance to compete for a spot on the live shows at judge Nick Grimshaw’s house. At Grimshaw’s house Mason impressed the judge and helper Mark Ronson, with his rendition of Robin Thicke's ‘Lost Without U’.

Speaking to the Daily Star Grimshaw said, “I can’t wait for everyone to see what he did at judges’ houses because I was Team Simon Cowell at first – I thought he was an arsehole. Then when I saw him perform again I thought he was incredible – genuinely.”

Mason also had to make peace with judge Cheryl Fernandez-Versini after his 2014 tweet asking 'How is Cheryl in the music business, let alone a judge…?’ During Sunday’s live shows Mason publicly apologised to Cheryl saying, “Cheryl, I'm sorry and I love you.”

His apology seems to have done the trick as Cheryl told ‘Good Morning Britain’: “Everybody says and does things in the heat of the moment. The fact that he was man enough to do that live on air, I respect him for it, and him and I will talk and, you know, he's a super talented guy.”

But Mason may have his hardest battle yet, when it comes to making things up to the British public. The 22 year old was heavily booed by the live audience when he was announced as a finalist on Sunday’s show. He will now compete in the live finals, starting next weekend, alongside Che Chesterman and Seann Miley Moore in the Boys category.