Sir Ian McKellen Stopped Getting Hate Mail And Death Threats When He 'Came Out' As Gay. 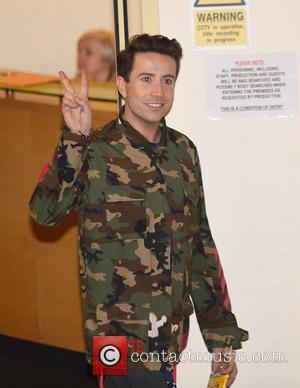 The 76-year-old star spoke out about his sexuality in 1988 and has admitted feeling regret that he didn't declare his homosexuality at an earlier date.

He's now seen as one of Britain's best-loved actors, and Sir Ian believes it was his openness which won the public around.

"It's funny because in the old days people used to hate Ian McKellen, I used to get hate mail and death threats and all sorts," he told BBC Radio 1's Nick Grimshaw. "Though that's not most people is it? (It changed) when I came out and said I was gay, because people like people who are honest. Then they can sort of place you where you are, an uncle figure I suppose (or) great uncle figure. Dear oh dear."

Ian has appeared in a host of major films, from the Lord of the Rings trilogy to the X-Men franchise.

His latest project is a TV drama called The Dresser, which sees him teaming up with Sir Anthony Hopkins, 77, for the first time.

The two men have a great deal in common as they both worked for the same theatre company, although at different times, when they were growing up.

They also have a lot of shared experiences being the same age, although their current way of life is a little different as Anthony lives in the U.S. and Sir Ian has remained in the U.K.

"Last time I was in Los Angeles I called him up, he said we'll have breakfast," Sir Ian explained. "I'm waiting for him at breakfast time and the phone rings, it's Anthony. He said, 'I can't come there's been a deluge.' I said, 'What do you mean by a deluge?' It had rained. They are so pathetic in California. A sprinkle of rain and they can't leave the house, as if they're frightened there's going to be a mud slide."

Ian speaks from experience, as he has lived in the City of Angels in the past.

He spent a year there when he was working on back-to-back projects and much as he enjoyed the experience, it's not for him long term.

"I settled into the lifestyle, which is going to bed early, getting up early and the sun is always up before you are so you feel good about it, you drive everywhere," he said. "You never have to meet anyone you don't want to because you're in this bubble of your own world... But the overall attitude, I think you go to California to retire from life. There are people who somehow can't cope with their lives in Europe or the rest of America... so it's full of crazies."