After gaining trust, the young DJ is gaining numbers 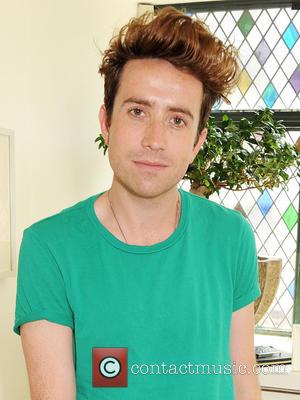 Most had got used to the sound of Chris Moyles’ voice in the morning, like the bin-men or the sound of microwave heating up your porridge. It was comfortable, if you liked that sort of thing.

So when Nick Grimshaw came in – an attempt by the BBC to get that 18-24 audience – there was always going to be some bedding in time. And it would appear as though people are finally getting nice and comfy with old Grimmy.

After losing nearly a million listeners when he began the early bird show, the 28-year-old has clawed audience members back, increasing from 5.78 million to 5.88 million since the beginning of the year.

The station's controller Ben Cooper said: "It is brilliant to see that we are reaching three quarters of a million new listeners on Radio 1 and we are particularly happy to see an increase in younger audiences to our Breakfast Show." (Guardian)

That might sound good, but he’s still a whopping 4 million listeners short of Radio 2’s Chris Evans, who bags around 9.75m, and with Radio 4’s Today Program getting just under 7m, there’s still plenty of work to do for the young DJ.

Radio 2 station controller Bob Shennan said its success was down to its "distinctive high quality content". He said: "People with a long association with the station, like Ken Bruce, have recorded great figures but so have people who are relatively new to it like Graham Norton, Dermot O'Leary and Paul O'Grady." Nick Grimshaw is slowly getting to where he needs to be