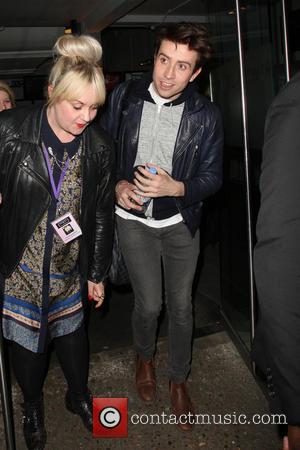 Nick Grimshaw may be top dog now at Radio One, as host of the breakfast show there every weekday morning, but talking to The Sun he revealed that he didn’t even make the cut for work experience there when he applied as a youngster aged just 15.

Grimshaw was told he wasn’t right for the station 13 years before eventually landing the key role; he told The Sun: “My first ever rejection was from Radio 1, funnily enough. I wrote to ask for work experience and they wrote me a letter saying no. I remember being so sad, I moped around the house for ages.” It looked like the BBC knew what they were talking about too, because forays into student radio didn’t result in much success either. He recalled: “It was an early morning show and all the students were still in bed so nobody listened to it! We lasted for about three days. It was fun, though. I’ve still got the tape somewhere. I should play it on the show sometime.”

Now at celebrity status, Grimshaw insisted he didn’t live his life much different to anyone else: “I don’t really do anything starry at all. I don’t think there are any jobs that are that glamorous unless you’re actually a princess” he said. “I think the things that make everyone I know happy, whether they’re incredibly famous or not, are the same things — getting loads of food in and watching X Factor. We’re all just slobs.” Grimshaw insists he doesn't party anymore. Here he is outside the Groucho Club.