Nick Jonas has been on dates with two of his 'Les Miserables' co-stars, Lucie Jones and Samantha Barks. 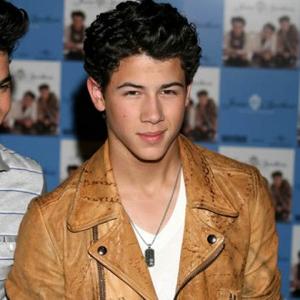 The 17-year-old Jonas Brothers star is currently making his London theatre debut as Marius in musical 'Les Miserables' and has been out with two of his co-stars Lucie Jones and Samantha Barks.

A source told The Sun newspaper: "Nick is getting a reputation as a heart-breaker. He's been out on dates with both Samantha and Lucie and they both seem quite smitten."

However, Nick - who wears a 'purity ring' to represent his vow to wait until marriage to have sex - is believed to be causing tension among his cast mates with his behaviour.

The source explained: "Nick's just having fun - but he's causing some tension between the girls."

The atmosphere doesn't seem to bother Nick who has revealed he is loving his time in the West End.

Nick - who previously dated Miley Cyrus - said "I'm having an excellent time. It's definitely different to what I do with my brothers, the singing is a different style. It is tiring, especially when we have two shows to do a day, but it is all good fun."