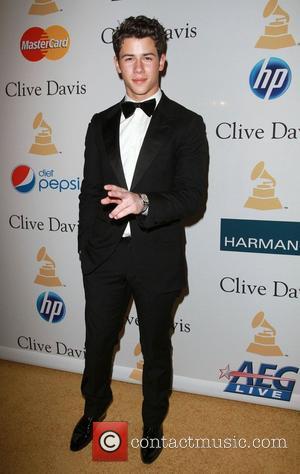 Nick Jonas played an impromptu concert in Virginia last night (23rd February 2011)
NICK JONAS, the American musician and Jonas Brothers star, played an impromptu gig in Virginia yesterday, in preparation for his performance at the White House tonight.Jonas took to the stage at the 'Jammin' Java' venue to perform some of his band's biggest hits. However, the night became marred in controversy after some fans accused the singer of using an inappropriate word on stage. Shortly after his performance, the 18-year-old took to his Twitter page to deny the speculation saying, "I was mumbling at one point during the show tonight, and someone brought it to my attention that it may have sounded like I used a certain word. I can assure you that if it sounded that way it wasn't intentional. I tend to stay away from words like that. Haha. Thanks for understanding". The teen-sensation also thanked his fans for "an amazing night" and asked them to 'wish him luck' for the White House gig.
NICK JONAS is set to join the likes of Smokey Robinson, Natasha Bedingfield and cast-members from the musical-comedy Glee to perform a 'Motown' tribute for President Barack Obama and the First Lady Michelle Obama at the White House tonight.