Nick Jonas Is Showing Support For His Ex-girlfriend Miley Cyrus As She Prepares To Host The 2015 Mtv Video Music Awards, Insisting The Pop Star Is Going To "Kill It" At The Prizegiving. 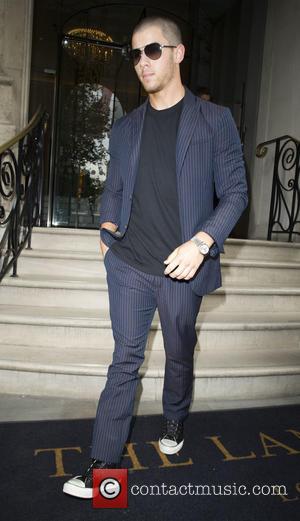 Picture: Nick Jonas - Nick Jonas heads of from the Langham hotel for his show at the islington O2 - London, United Kingdom - Friday 17th...

The Wrecking Ball hitmaker is set to return to the annual event two years after she hit headlines for her raunchy performance with Robin Thicke at the ceremony in 2013, and Cyrus has now received a positive endorsement from an unlikely source.

Cyrus showed her appreciation for his supportive post by retweeting his message.

Jonas, whose Chains promo is nominated for Best Male Video at the VMAs, dated his former Disney co-star for nearly two years until their split in 2007.