Pop Hunk Nick Jonas Has Declared He Is "Single", Just Days After Refusing To Confirm Or Deny Rumours Linking Him To Actress Kate Hudson. 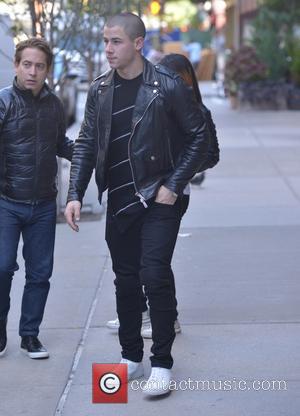 The Jealous singer, 23, sparked speculation of a new romance late last month (Sep15) after he and Kate, 36, were spotted together in Florida.

The Almost Famous beauty was also seen attending Nick's New York City concert in September (15), and sources claimed the pair was "hooking up".

Nick fuelled the relationship claims last week (ends02Oct15) when he shut down questions about Kate during a radio interview with America's 94.7 Fresh FM.

He said, "I keep some things to myself. It's a strange place where a little thing can turn into a lot, but it's about how much of that you kind of want in your world and just living your life and knowing that people will have their opinion."

However, it appears Nick is in no rush to find a new girlfriend so soon after splitting from beauty queen Olivia Culpo in June (15).

"Being single is great," he tells the New York Post's Page Six column. "I've been trying to really focus on just feeling free and enjoying life, and spending time with people that are interesting to me. I'm 23 and have a lot of time to find 'The One.'"

Kate was previously linked to dancer Derek Hough after ending her engagement to Muse frontman Matt Bellamy in December (14).