Nick Jonas: No regrets in love

Singer Nick Jonas doesn't think of himself as a sex symbol and has no regrets in his love life despite his recent split from Olivia Culpo. 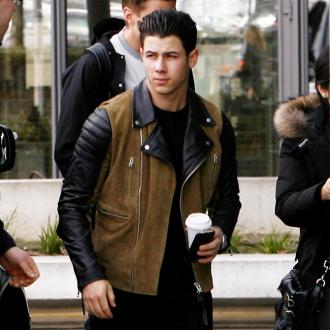 Nick Jonas has ''no regrets'' in his love life.

The 22-year-old singer - who recently split from his girlfriend, the former Miss Universe Olivia Culpo after two years together and dated Miley Cyrus as a teenager - has only positive things to say about his previous relationships.

He said: ''We run in different circles now. She's doing her thing and I'm happy for her. I have no regrets about my dating life. It happens for a reason and got me where I am today.

''The squeaky-clean image makes growing up more interesting to people because they don't expect it from you.''

Meanwhile, the modest star - who has gone solo in his music career - doesn't like to think of himself as a heartthrob.

He explained: ''I don't really think about it that way, because the minute you view yourself as a sex symbol it's un-sexy.''

Instead, Nick - who was formerly part of the Jonas Brothers with his siblings Joe and Kevin - revealed he has a great body because he has such a keen interest in healthy living.

He told HELLO! magazine: ''Even before I got into fitness I was eating well, because I have to think about what I put into my body.''